While the European Union is satisfied with the agreements, the Polisario Front still considers the adoption of the deals a violation. 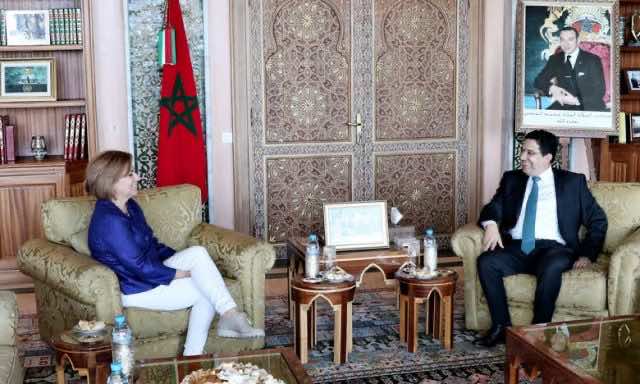 Rabat – A member of the Committee on Foreign Affairs in the European Parliament, Elena Valenciano, has said that the EU-Morocco fisheries and agriculture agreements are tools that will promote the “very important strategic relations between the two parties.”

Valenciano made her remarks after meeting Morocco’s Minister of Foreign Affairs Nasser Bourita on Thursday in Rabat.

According to the EU committee member, Morocco is a key country for the EU’s “multidimensional relations with the rest of the world.”

Valenciano said that her talks with Bourita were an “opportunity to celebrate agreements on the sectors of agriculture and fisheries that will strengthen the strategic relations between Morocco and the EU.”

She also believes that the alliance between the two parties will be “very beneficial for Moroccans as well as for Europeans.”

The European Parliament adopted the fisheries agreement and the agriculture deal in two separate plenary sessions on January 16 and February 12.

The adoption of both agreements angered the Polisario Front, which again has complained that the EU-Morocco agreements violate the European Court of Justice’s jurisprudence.

In February 2018, the ECJ ruled that the fisheries agreement between the EU and Morocco “is valid in so far as it is not applicable to Western Sahara to its adjacent waters.”

However, the ECJ does not have jurisdiction over international agreements. In addition, the Moroccan government warned that it would not adopt any agreements with the EU against Morocco’s territorial integrity.

Last month, the ECJ rejected Polisario’s request seeking to cancel the mandate granted to the EU Council to negotiate the fisheries agreement with Morocco, which includes the waters off Western Sahara.

Quoting a pro-Polisario professor from Libre University of Bruxelles, Eric David, the news agency of the separatist group said March 6 that the agreements are a “real expression of contempt of the EU for international law whereas, as stated by the ECJ, the EU must exercise its powers in compliance with international law.”

The EU’s bodies, along with Morocco, argue that the fisheries and agriculture agreements benefit Sahrawis in the southern provinces.

After approving the fisheries agreement in March, the EU Council of Ministers said that the European Commission has assessed the deal’s potential impact on sustainable development, especially with regards to the people and the use of the natural resources of the southern provinces.

The agreement, according to the council, is the “best guarantee for the sustainable use of the natural resources of waters adjacent to the southern provinces of Morocco.