Chihab, who was heading to a UN convention in Nairobi, was aboard the Boeing 737 Max-8 that crashed yesterday.

Rabat – Morocco lost two citizens in the Ethiopian Airlines flight ET 302 crash yesterday. One of them was Dr. Ben Ahmed Chihab, sometimes known as Ahmed Chihab, the regional director of environment from the Draa Tafilalet region in eastern Morocco.

Chihab specialized in the geology of biodiversity and ecological issues.

In 2001, Chihab was the head of site services responsible for the Cartagena Protocol Focal Point in the Department of the Environment at the Moroccan Ministry of Regional Planning, Environment, Housing, and Urban Planning.

In 2007, Chihab took part in several events including the International Day for Biological Diversity at the National Institute of Planning and Development (INAU), Rabat.

In 2008, he represented Morocco at the Conference of the Parties serving as the Meeting of the Parties to the Cartagena Protocol on Biosafety in Bonn, Germany.

The biologist was on his way to Nairobi to attend a meeting under the Convention on Biodiversity.

Learning about Chihab’s death in the tragic ET 302 plane crash, many public figures sent their condolence online to his family, including energy minister Aziz Rabbah. “The ministry of energy … has lost one of its managers,” the minister said on his official Facebook page.

The crash of the Boeing 737 Max-8 has sparked a debate about the Boeing model that came onto the market in 2017.

The crash was the second to happen on that model.

In October, Lion Air flight 610, operating on a Max-8, plunged into the sea shortly after taking off from Jakarta, Indonesia.

In response to the second crash, China, Indonesia, and Ethiopia have ordered their airlines to ground the Max-8 aircraft.

Last month, a Boeing 737 aircraft operated by RAM and heading to Tunisia made an emergency landing in Algeria after thick, white smoke came out of its air vents.

Two Moroccan citizens lost their lives on the Ethiopian Airlines flight when it crashed six minutes after it took off from Bole International Airport in Addis Ababa. The crash claimed the lives of all 157 people onboard, including Ben Ahmed Chihab and fellow Moroccan El Hassan Sayouty. 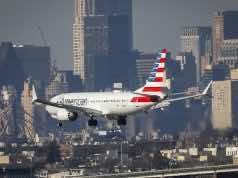 The US Follows Suit in Grounding the Boeing 737 MAX 8 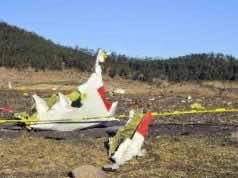 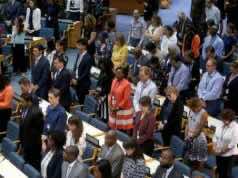