Morocco offered humanitarian assistance to Qatar when the Saudi coalition imposed a blockade on the Gulf country in 2017. 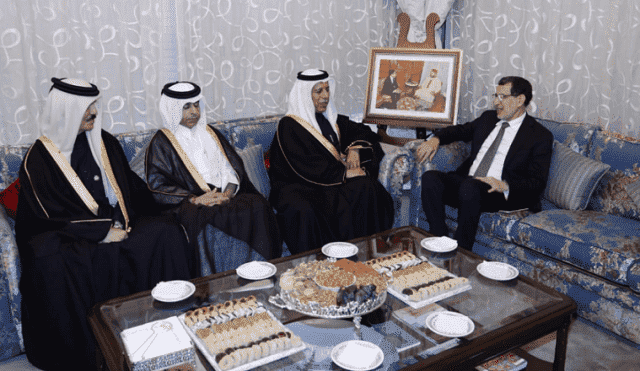 Rabat – As Qatar and Morocco maintain strong diplomatic ties, they are seeking to foster further cooperation.

The two officials expressed satisfaction with their diplomatic ties, emphasizing the importance of developing their relations in several sectors, such as economy, politics, and culture.

Both officials also said that they share the same views and commitments on important issues, including the Palestinian cause.

Al Mahmoud also spoke about his country’s pride in its long-standing and deep friendship with Morocco.

Qatar highly appreciated Morocco’s neutrality in the Gulf crisis when the Saudi coalition enforced a hard blockade on Qatar in May 2017.

Read Also: Timeline: All You Should Know About Morocco-Saudi Arabia Friction

King Mohammed VI had ordered his government to offer humanitarian assistance, sending food assistance to Qatar to offer solidarity during the month of Ramadan.

Despite the friction, Morocco and Saudi Arabia have recently touted their partnership in several formal messages.

Amid rumors on the friction, Morocco’s Minister of Foreign Affairs Nasser Bourita denied any tension between the two countries, emphasizing that diplomatic ties with Gulf countries like Saudi Arabia and the UAE are “historic” and strong.

Both countries also renewed their commitment to reinforce their diplomatic ties at the OIC conference.