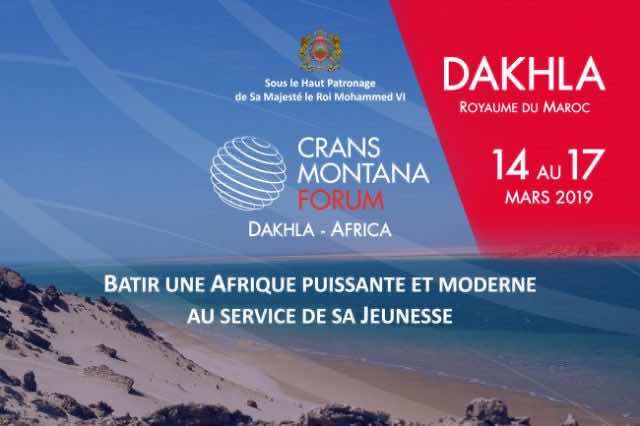 Young leaders like Khadim Diop, the president of the Senegali National Youth Council; Bitania Lulu Berhanu, founding executive director of Ethiopian Youth Alliance for Leadership and Development in Africa (YALDA); and Pour Souleymane Satigui Sidibe, secretary general of the pan-African Union are among the youth representatives.

The platform will open officially on March 16 in Dakhla, known as the pearl of southern Morocco. It is the fifth time Morocco has hosted the event.

However, the annual forum kicked off its first events on Thursday, March 14. It will run until Sunday, March 17, under the patronage of King Mohammed VI.

The theme of the conference is “Building a Powerful and Modern Africa Dedicated to its Youth.”

During the event, participants will discuss the digital revolution, universal health insurance, health security, and the development of Africa, particularly renewable energy.

The forum will also open dialogue between talented youths on youth business and women’s leadership, economic cooperation between Morocco and central Africa, and initiatives aiming to “facilitate exchanges and discussions between Moroccan Southern Territories’ youth and their peers from all over Africa.”

The chair of the event, Pierre-Emmanuel Quirin, said in a press release, “Our primary objective is to go ahead with the same dynamic so that the forum remains a not-to-be-missed gathering for decision-makers and African stakeholders regarding the South-South Cooperation.”

The forum will place the highest priority on the needs and priorities of the African youth.

Last year’s event, which was organized in the same city, received over 5,000 participants, 50 organizations from 170 countries. Sixty percent of the participants came from Africa.

The event also includes awards in honor of “exceptional personalities, who work tirelessly for a more Humane World.”

Carteron, who founded the forum, said they chose Dakhla in 2015 as the host city because it boasts a strategic location as a hub and extraordinary model for economic and social development. He said it represents an Africa that “takes its destiny in its hands.”

Presided over by Pierre-Paul Carteron, the NGO was founded in 1986 in Switzerland with the motto “Towards a more Humane World.”