Rabat - The third millennium saw the advent of the digital revolution in a very spectacular way: computers invaded every home and place of work, the Internet became as important  as a morsel of bread, if not more. Satellite television revolutionized our taste, hype and culture and smart phones affected greatly our social habits. Thus, information and communications technology - ITC - became part and parcel of our daily life. Today, we all wonder, earnestly, how did we cope with life before this revolution? 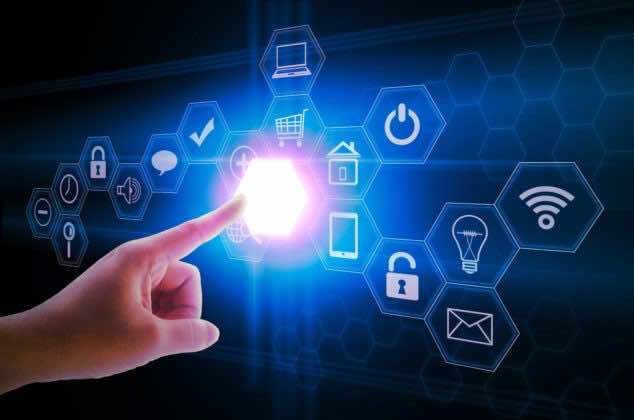 Rabat – The third millennium saw the advent of the digital revolution in a very spectacular way: computers invaded every home and place of work, the Internet became as important  as a morsel of bread, if not more. Satellite television revolutionized our taste, hype and culture and smart phones affected greatly our social habits. Thus, information and communications technology – ITC – became part and parcel of our daily life. Today, we all wonder, earnestly, how did we cope with life before this revolution?

Back in the 60s of the last century, the visionary Canadian scientist Marshall McLuhan prophesized the future omnipotence of ITC by arguing that the world will become a “planetary village” and so it became. The distances have shrunk dramatically allowing constant exchange between people and giving international trade an incredible boost, very beneficial to humanity at large.

This technology affected positively almost every area of our civilization: telemedicine has developed tremendously, electronic  education spread all over the campuses and artificial intelligence has known quite a positive metamorphosis: driverless cars have made their apparition, drones are becoming normal accessories of life and sophisticated robots are rolling off assembly lines and apparently some of them can display humor and basic feelings.

For Henning Meyer, editor-in-Chief of Social Europe and a Research Associate of the Public Policy Group at the London School of Economics and Political Science, presents the digital revolution in the following words.

“The digital revolution, used here as shorthand for broader technological change, is one of today’s most hotly debated topics in politics, economics and business. It makes politicians wary about which preparatory policies to pursue, economists ponder productivity increases and trade unions think about the future of work. We are undoubtedly faced with large-scale disruptions in many areas that require adjustments.

Most people, however, are struggling to get a firm grip on the subject. They ask: what does this all mean for me and the organizations I am part of? What does technological change mean for my job? What kind of policies could be pursued in order to address these new challenges?

To analyse exposure to the digital revolution and potential policy solutions you need to start breaking it down into manageable dimensions. Three areas in particular warrant special attention: What are the forces shaping the application of new technologies? What does the digital revolution mean for the future of work? And what kind of policies could help to address these issues?”

ITC is definitely making our lives easy; we can communicate  at will and on end, work from our homes and pay our standing bills online. We can consult our bank accounts day and night and make whatever transactions are necessary, including stock market operations. We can order food or a call a cab, buy an airline ticket and purchase any desired goods, any time we want and we can, also, choose our life partner as we want him or her to be.

The digital revolution is, of course, also, affecting greatly the economy: stock markets are all digitized to ease operations and to avoid potential crushes ahead of time. Of course, we all remember the horrific crush of the Wall Street on October 29, 1929 known as the Black Tuesday that ultimately led to the Great Depression that lasted until 1941 worldwide.

Social media has become an important aspect of our lives. We can talk to family and friends anytime, exchange photos and documents,  play online, etc. Facebook has a membership of 3,5 billion around the globe; it is a social media for work, education,  gossip and the pursuit for narcissistic  inclinations. But, it is, also, a real forum of debate and discussion along with other social media and the home of cyber democracy in which people can express freely their ideas and criticism in total anonymity.

Thanks to the social media, the Arab Spring materialized  and brought hope of change to this world suffocated for ages by harsh dictatorships and stifling tribal and patriarchal systems of governance. Prior to the advent the social media, demonstrators were easily detected by mukhabarat (political police) and arrested before they  opened their mouth. With social media they were able to plan their protest, specify the venue and inform the world before the police knew and arrested them. They had, also, the possibility to stream  their activities to the world to see and react to. In many ways one can say that social media was the powerhouse of the Arab uprisings.

“Almost immediately after the Arab uprisings began, there was debate over the role and influence of social media in the ouster of Tunisian president Zine El Abidine Ben Ali and the imminent overthrow of Mubarak. In covering what some deemed the Facebook or Twitter revolutions, the media focused heavily on young protesters mobilizing in the streets in political opposition, smartphones in hand. And since then, the violent and sectarian unrest in Syria has brought increased attention to the role of citizen journalism.

Social media indeed played a part in the Arab uprisings. Networks formed online were crucial in organizing a core group of activists, specifically in Egypt. Civil society leaders in Arab countries emphasized the role of “the internet, mobile phones, and social media” in the protests. Additionally, digital media has been used by Arabs to exercise freedom of speech and as a space for civic engagement.”

So, the applications of ITC are very beneficial  because in many ways they are making life easy to everyone  and what’s more computers are taking over many tasks and jobs done by humans and this however could have a negative effect on the long run if humans lose their bread winner occupations that could, ultimately, antagonize them and make them detest the use of machines.

The explosion of ITC all over the world is creating knowledge societies in which knowledge can be used by people equally to improve their lives and further their legitimate desire of better living conditions. Hence, UNESCO calls, with much strength, for building knowledge societies worldwide to create opportunities of wellbeing, wealth and happiness to all humans equally.

This concluding article returns to the broad question that motivates this special issue of Studies in Comparative International Development: Will the Digital Revolution constitute a revolution in development?

In addressing this issue, we explore a number of common themes emphasized by the different contributions:

The future of the North-South divide, the role of the state in promoting digital development, the transferability and adaptability of specific information and communication technologies, the challenges and potential benefits of controlling digital information, and the developmental effects of digitally enabled communities.

We argue that the Digital Revolution’s ultimate impact on development will depend on several key variables, including the extent to which these technologies foster within-country linkages among different sectors and socioeconomic classes;

The degree to which new technological applications may be customized or transformed to advance local development;

And the outcome of political contests between organized interests that are promoting different ways of organizing and governing the global digital economy.

While it is difficult to fully assess a transformation while living in the midst of it, research on the social, political, and economic implications of the Digital Revolution will constitute an important agenda for development scholars in the years to come.

The author also argues ICTs should not be limited to just computers and Internet, but offer a variety of learning solutions. The paper covers current initiatives designed to bring ICTs into African schools, including their successes and failures. Unwin advocates focusing on using ICT for education instead of just educating people on how to use ICTs. The author also advocates locally produced content so the curriculum is relevant. The paper discusses other principles of good practice as well. Unwin concludes by proposing a framework to put his principles into use.

The paper includes criticisms from Malcolm Gladwell and others claiming social networking is low-risk participation. The author also discusses how readily Africa has adapted to mobile phone technology. Wasserman argues these phones have begun to bridge the digital divide. While the paper still points out limitations, it argues the technology has still changed Africa’s social practices.

The article then discusses areas where mobile phones have made an impact in participation in government on both a national and local level. Wasserman also describes the business impact of mobile phones. Finally, the author examines the continent’s preference to use the technology to connect with local friends and family instead of the global network.

The use of computers would push for general artificial intelligence, more sophisticated  and more risky, a move that could rekindle machine phobia among humans as a result of the legitimate  fear of seeing intelligent machines dominate humanity like in science fiction  films. In this particular case, alas, the digital revolution could herald the end of humanity.

Another negative side effect of the digital revolution  is that social media is somehow destroying the social fabric. Children spend most of their time on social media and neglect socializing with their parents and discussing their problems  with them. Maybe in the future the concept of family will change dramatically to become anonymous of belonging and identity no more. 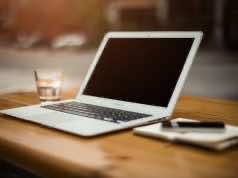