“I love classical Arabic, ‘Fusha,’ but it’s not our language. Darija is something that defines us. And we should be very comfortable with it…. But we’re not,” said Nabil Ayouch.

By
Sarah Goodman
-
Sarah Goodman is a freelance writer and photographer based in Rabat.
Mar 17, 2019
Spread the love

Casablanca – “I decided to settle here, to participate, and to build a house, somehow,” reflects filmmaker Nabil Ayouch, on his decision to relocate to Morocco nearly 20 years ago.

Born in 1969 to a Moroccan father and a Tunisian-Jewish mother, Ayouch grew up in a Paris suburb. It was there, during his adolescence, that he discovered cinema, an experience he describes as opening “a window to the world” and the beginning of a lifelong engagement with the art. Now one of Morocco’s foremost directors, Ayouch’s own kaleidoscopic background informs the stories he tells about Morocco’s diverse traditions, religious history, and languages.

Throughout his childhood, Ayouch regularly visited his father’s family in Morocco, but it was not until 1999 that he settled here. Since then, he has established himself in Casablanca, where we spoke on a Tuesday afternoon.

Casablanca is itself a city of stark contrasts: A sleek black Mercedes and a cart pulled by donkey might well pass one another on the street. There are chapters of the country’s history exposed on buildings’ facades. Art Deco buildings line downtown streets, facing boxy, brutalist concrete buildings constructed after independence, not far from grand Neo-Moorish architecture (as displayed in the city’s major train stations, Casa Port and the newly renovated Casa Voyageurs).

In pockets of the city and concentrated around its periphery are areas of intense poverty. It is these communities that Ayouch has sought to render in his films “Ali Zaoua” (2000) and “Horses of God” (2012), which competed at the 2012 Cannes Film Festival. Ayouch’s films are unwavering in their commitment to marginalized voices, unflinching in their depictions of violence and sex, and unsparing in their critique of hypocrisy and contradiction in sectors of Moroccan society, religion, and the government.

All of this makes Ayouch a polarizing figure and has earned him the ire of politicians and the public. At times, the controversies threaten to eclipse the films themselves. The 2015 film “Much Loved” (or “Zin li Fik,” a Moroccan phrase which translates as “the beauty that is in you”) tells the stories of sex workers in Marrakech and was banned by the Moroccan government, although footage from the film leaked online.

Despite the controversies, or perhaps because of them, Ayouch is often sought after to act as bellwether for Moroccan cinema. Both “Much Loved” and “Razzia” (2017) opened at the Cannes Film Festival, and Ayouch also became the first Moroccan director invited as a lifetime member of the Academy of Motion Picture Arts and Sciences in 2017.

In person, Ayouch’s demeanor is measured and calm. Conversing in English, we discussed the role of languages in his films, his background, the politics of “protection” from art, and the genre of science fiction.

Your films often feature a number of different languages, or subtle variations in Arabic dialect. How do languages guide the kinds of films you make?

Of course, language defines any character: Where it comes from, its background, its origin. But, more specifically, if we speak about the Arabic language, it’s even more weird. We have a strange relationship with our own language. We have a strange relationship to what we are. I think we haven’t yet solved some problems we have with our identity, and identity goes through language. 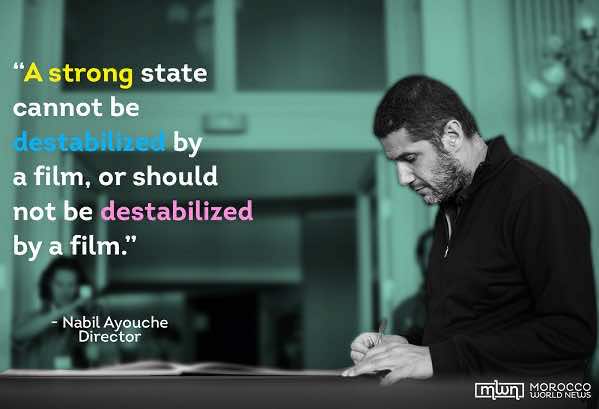 Darija is something that defines us. And we should be very comfortable with it. But we’re not. And we find so many ways not to be. This kind of schizophrenia is very interesting because, once again, it defines who we are.

In “Razzia,” I wanted to explore more deeply this kind of feeling. Because [of] the Arabization of the educational system. And more, the beginning of the 1980s where reform went into another gear.

And when they reach 18 years old, they go to university, [and] because most of the curriculum is not taught in Arabic, they have to switch to French. So, this may cause people to love and hate ourselves at the same time.

Read also: French Vs. English: How Morocco Is Debating Foreign Languages in Schools

It’s interesting to learn about the Amazigh cultures, then the “Arabization,” as you said. Then the Spanish, Portuguese, French colonization –

There were Jews in Morocco as well. Amazigh, Jews, and then the Arabs.

Yes, that’s very important. How does this plurality of identity inform the kind of films you make?

I think it’s very closely linked to my background. My multiple identities, and the fact that I probably didn’t know what to do with the cultures and religions that I had inside. Because there was my Jewish family, my Jewish traditions. But when I went back to Morocco for the holidays, I was with my Muslim family. [In France,] I went to Republican schools. I graduated [from] Catholic schools. And I felt a little bit lost.

Meeting cinema was something huge in my life. I met a means of expression and for me it was like opening my eyes to a window to the world. The link with my never-learned identities was built through cinema. It authorizes many possibilities of expressing yourself through something very personal, linked to something that is global.

I decided to move to Morocco in 1999, which was very late in my life. I decided to settle down here, to participate. And I was very, very much inspired by this society. Sometimes there are some… hard times, but I really fell in love with the country and the people. And I fell in love with this part of myself that I didn’t know before.

For me Morocco represented cultural diversity. It represented people’s cultures, religions that together built this country. And when I arrived here and decided to do some movies, slowly I discovered that certain people wanted to erase this diversity. Language, imposing one language, is a way of authorizing, of erasing this diversity. 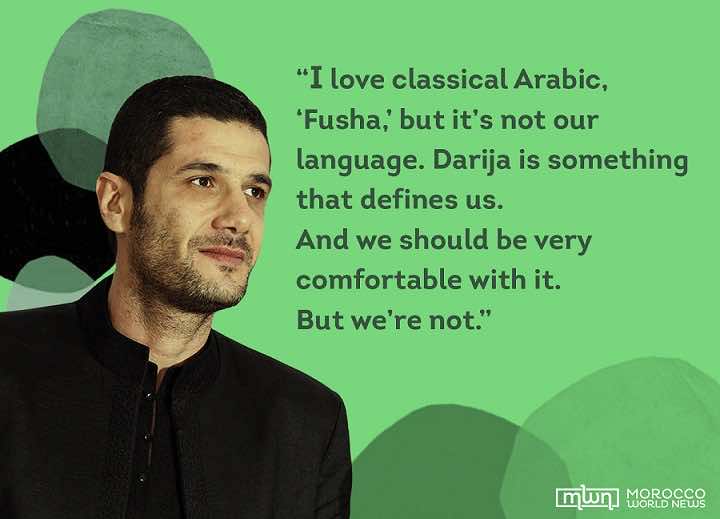 For example in “Razzia” or in “Much Loved” or “Ali Zaoua.” People that we are judging very easily because of what they are, not of who they are. I know the history of this country … I know how beautiful it is, it was, it can be, it can be again. And I’m very sad to see that for political reasons, or ideological reasons, we want to erase that.

I came across a quote from government spokesman Mustapha El Khalfi in the New York Times in response to “Much Loved.” He said the ban was to “protect freedom of expression, which absolutely does not mean freedom of absurdity and destruction in cinema.”

It’s a way of lying to people to make them believe that we’re protecting them by banning films. It’s a way of infantilizing people. Telling them that ‘you’re not smart enough to think by yourself. You have no critical spirit to decide whether you should see or not see this film. Or you’re too young, too immature. We’re going to decide for you.’

I don’t think Morocco is a weak country [that needs] to be protected.

I think we’re strong and a strong state cannot be destabilized by a film, or should not be destabilized by a film. And I think that Moroccan women don’t need to be protected either. There are strong women in this country and women with lots of dignity. And some prostitutes that I’ve met are women with lots of dignity. So it’s not a question of protecting a country or women, it’s a question of an ideology, and this ideology doesn’t accept that an artist can express his vision of a topic.

I had a question also about “Razzia.” I read that you were originally thinking of making “Razzia” a science fiction film. Why did that genre appeal to you?

At that time, I was asking myself lots of questions about what the Arab world could be in the future. I’ve read some science fiction literature and I wanted to confront my vision of a story that would tell us how the Arab world would or could be in 20 years, 30 years. And then came Much Loved, and it changed my vision and it probably gave me a sense of urgency to talk about us today.

What about it changed your vision? Was it the film itself or the reaction to the film?

The reaction. How hard it was to deal with our image. To deal with everything that the film is about. The condition of women and so on. And it showed me how urgent the need was for me to talk about us today more than tomorrow, or before tomorrow. So I decided to keep the structure of the film as it was at the early stages – meaning five characters, five stories – but to set them today and not tomorrow.

When you considered making a science fiction film originally, was there a particular reason you’d gravitated toward the genre? Were there things you thought you better say in that genre?

Do you have any advice for emerging Moroccan directors or filmmakers?

I think that freedom of expression should be first on your list. And not to be afraid to express, to speak, to show because cinema is speaking, cinema is showing.

In the US, the default language of film is English. Here, language is a real question. Is the film in French? Or Fusha or in Darija? Or one of the Amazigh languages? An emerging Moroccan filmmaker has to confront more issues of identity.

Which is also very exciting because this country is building, in a sense. It’s probably why I’m so happy to be here every day. With all those choices, you have to make them trust that you’re making the right choice and be really confident in what you’re doing.

And that’s why I say that sincerity. Because you [are] expressing a point of view to the world. And the point of view of this region needs to be expressed by young directors from this region, not by other directors.

Can you give any hints on what projects are next?

I’m making a film about youth and hip-hop culture in a suburb of Casablanca. 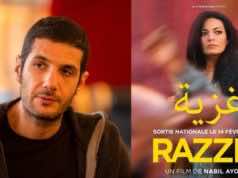