The cat was not all grace, however, urinating on one of the audience members after its runway walk. 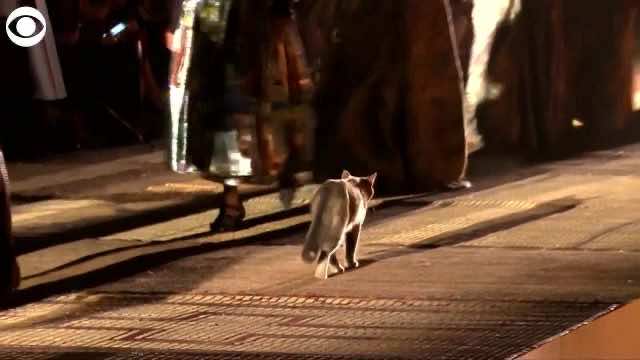 Rabat – A video of a cat nonchalantly strutting onto the runaway of Dior’s “Cruise 2020” fashion show on April 29- a feat most models can only dream of- is going viral on social media.

A special guest made its CATwalk debut at last Monday’s #DiorCruise show by #MariaGraziaChiuri at the Palais El Badi. Hope you enjoy it as much as we do! #DiorCommonGround

The cat walked alongside the row of models, brushing up against their gowns before changing direction to greet the crowd in the front row. The cat was not all grace, however. It urinated on one of the audience members after its runway walk.

Hey it is called a “ catwalk” in fashion. So the feline is excused ?

When a cat is more interesting than your clothes. Opps.

The iconic French fashion house chose Marrakech’s historic 16th century El Badi Palace as the backdrop for its show. The show drew a star-studded crowd, with actresses Lupita Nyong’o, Shailene Woodley, and Jessica Alba in attendance. The night ended with a bang, courtesy of a surprise performance from singer Diana Ross.