The friendly games are in preparation for the 2019 African Cup of Nations, which will take place in June. 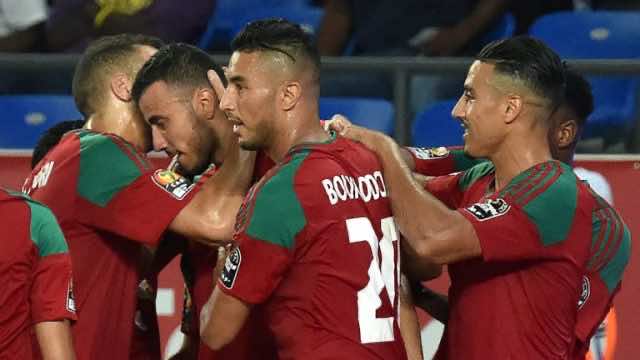 Rabat – Moroccan Royal Football Federation (FRMF) announced that the Atlas Lions will play two friendly games with Zambia and Gambia, before the 2019 African Cup of Nations (CAN).

The games are in preparation for the African competition, which will take place in June in Egypt.

Morocco’s national football team will play the first friendly game against the Gambia on Wednesday, June 12 at the Grand stadium in Marrakech at 5:30 p.m. local time.

The second friendly game against Zambia will also take place on June 16 in Marrakech at 5:30 local time.

FRMF said that the national team will begin training sessions in the national center for football in Sale, Rabat’s twin city starting June 2.

Read Also: FRMF: There Is No Guarantee Renard Will Stay with Atlas Lions after CAN 2019

FRMF added that the Atlas Lions will head to Egypt on June 18 to participate in the African tournament, which will start on June 21.

The Moroccan team qualified for the 2019 tournament after a spectacular performance during the qualifier games.

Several football experts are predicting the Atlas Lions to win this year’s title.

In April, Senegalese football legend El Hadji Diouf expressed hope that Senegal would win the tournament, but acknowledged the presence of strong teams, such as Morocco.

“I hope they win the title as there are many other good teams -Egypt will be at the forefront with Morocco and Nigeria.”

The head coach of the Nigerian football team, Gernot Rohr, also placed Morocco among his favorites to win along with Egypt.

The most recent statement came from the manager of Cameroonian football team, Clarence Seedorf, who said that Morocco are one of the favorites to win the CAN otherwise known as AFCON.

“Ending up with the same points as Morocco, who are one of the favorites to win the AFCON, with only two goals difference says a lot about how we performed and prepared for the other games.”