Although the Muslim world is far from being a united body, Muslims in every country around the world can find pride in their collective celebration of the holy month of Ramadan. 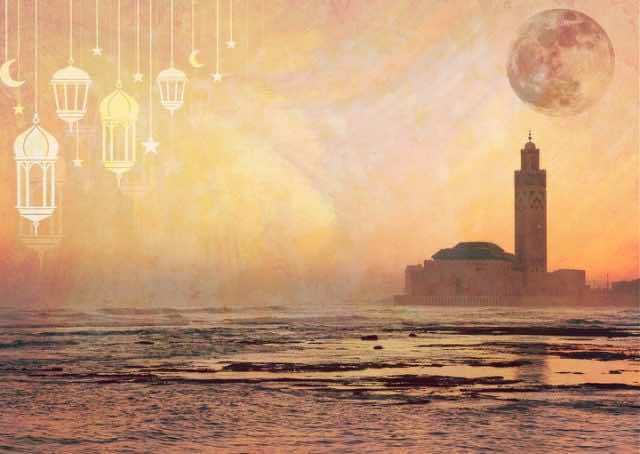 Rabat – From the peaks of the Atlas Mountains to the banks of the Dead Sea, Muslims in every corner of the world pledge to forgo food, drink, and worldly pleasures, and to surrender themselves to God throughout Ramadan.

Between the crescent moons, which symbolize the beginning and end of Ramadan, Muslims purify their hearts and engage in religious reflection within their communities, giving rise to good feelings and joy among neighbors and friends.

Though the whole month of Ramadan is holy in nature, perhaps the holiest night of the month is Laylat al-Qadr, often translated as either the Night of Decree or Night of Destiny. The occasion commemorates, in Islamic belief, the night when the archangel Gabriel first revealed the verses of the Quran to the Prophet Mohammed.

Muslims believe that on this night, above all others, God forgives the sins of humanity and listens to the prayers of his followers. Muslims also believe that, on this night, God’s angels descend to earth to perform errands and deeds commanded by God.

“Laylat al-Qadr is a night better than a thousand months,” reads verse 37:3 of the Qur’anic Surah, Al-Qadr, and Muslims across the world acknowledge the night as incomparable to any other night of the year.

The exact date of Laylat al-Qadr was never mentioned within the Quran, which has been one of many points of contention between Sunni and Shia Muslims.

In most parts of the world, Sunni Muslims generally commemorate the night on the 27th night of Ramadan, whereas Shia Muslims typically celebrate it on the 23rd night.

With the exact date unknown, many Muslims tend to pray zealously on several nights during the last ten days of Ramadan, as prescribed by the Prophet’s hadith.

On Laylat al-Qadr, Morocco’s cities are alight with activity and celebration can be found in every home throughout the country. Meanwhile, Muslims can be found reciting prayers in mosques and sharing in the overall atmosphere of joy and goodwill.

Families often engage in charity acts at this time, before breaking the fast in the evening, giving food and donations to the poor.

The night is also a celebration of many children’s first day of fasting, since most prepubescent Muslim children do not fast, except on the day of Laylat al-Qadr.

The Royal Family on Laylat al-Qadr

For the past two years, King Mohammed IV has presided over Taraweeh prayer on Laylat al-Qadr and has given religious lectures on these nights.

It has not been announced yet whether King Mohammed IV will be doing the same in 2019; however, it is likely given the trend established in previous years.

For 2019, Laylat al-Qadr will fall on Saturday, June 1, four days before the end of Ramadan.

For children, the first Laylat al-Qadr is an important milestone in one’s life, serving as one of many signs of a child growing into adulthood.

During Ramadan, children who have not yet reached puberty are not obligated to fast; however, on Laylat al-Qadr, children will fast for the first time and be rewarded an especially bountiful iftar.

On Laylat al-Qadr, both boys and girls are dressed specially for the occasion, wearing clothes that resemble wedding attire.

Boys traditionally don a djellaba robe, accompanied by a fez and balgha, a special shoe used for religious celebrations.

Meanwhile, girls will be dressed by a negafa (stylist), who will adorn the child with the finest traditional dress and makeup, as well as gold ornaments and accessories. Girls are also often decorated with henna on their hands.

Children receive praise from their parents and Laylat al-Qadr becomes a night that brings families closer together and gives children a chance to grow into their community.