Rabat – Pakistanis at the Mali migrants reception center in the city of Velika Kladusa, northwest Bosnia and Herzegovina, picked a fierce fight with Moroccans and Algerians who are guests at the same center.

The assault resulted in several Moroccans and Algerians injured.

Italian news outlet ANSAmed reported on Wednesday, June 6, that the fight involved a hundred of the inmates at the center.

Before local authorities intervened to disperse the violent confrontation, whose cause is not yet known, the Pakistani inmates prevented the Moroccans and Algerians from entering the center.

The same source added that the Pakistanis were armed with metal bars and other objects while on roaming the streets on the lookout for their supposed “adversaries.”

The confrontation subsided as police arrested many and are now monitoring the situation, ANSA maintained. 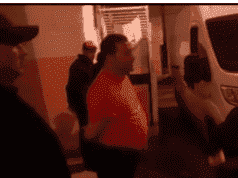