The promising prospects of Morocco’s nascent aviation industry have not silenced doubts about the persisting hurdles.

Rabat – Morocco will walk away from the 53rd edition of the Paris Air Show with yet more promises of investments and bilateral cooperation to foster its growing aviation sector.

Borne said the newly-signed agreements constitute a further proof of the two countries’ desire to cement their “already close collaboration.” She said the gesture comes to “once again hail the quality of our relations in terms of civil aviation.”

Sajid, who echoed the same sentiment, said he hopes the deals will drive up Morocco’s performance in the sector. He said that his department expects to get inspiration from the French success for the “important reforms” Rabat envisages making in the aviation sector.

Present at the Paris gathering, Moulay Hafid Elalamy, Morocco’s Industry and Investment Minister, gave a resoundingly optimistic reading of the newly struck deals. Morocco’s presence at the event, and the ensuing deals with France, Elalamy said, are a testament to the sector’s growth and investment potential in the country.

According to him, the notable diversification of Morocco’s economic ventures is among the many positive factors driving the rush of interest in the country among global households in the aviation and other industries.

“Our approach centered on promoting investments seeks to attract them [investors] to invest in the kingdom and help us complete the ecosystem,” the minister offered in a statement. According to Elalamy, recent reforms in Morocco have made the country a “privileged destination” for companies looking for “best-cost” outsourcing opportunities.

The upbeat assessments of the future of Morocco’s aviation sector come days after Bombardier reiterated commitment to its Moroccan plant.

Amid fears of devastation when the Canadian giant announced that it was retreating from its Moroccan ventures, senior managers at the company have recently echoed Moroccan authorities’ reassuring stance. Bombardier now says it will only leave after it has secured a safe aftermath.

Despite the robust consensus on the enormous opportunities of Morocco’s aviation sector, some critics are still questioning the plausibility of the rosy picture Moroccan authorities have been painting since Bombardier announced its departure from Morocco.

Pointing out the gulf between successive government promises and “the reality on the ground,” critics say that talks of “Bombardier not leaving” or Morocco still being a regional leader despite noticeable setbacks to its initial plans are more of a feel-good tale designed to placate and preempt possible social movements. 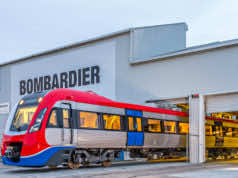 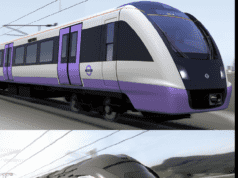