According to the statistics, which also cover political beliefs, close to 0% of Moroccans trust President Trump. By
Ann Seymour
-
Ann Seymour is an American journalist currently based in Rabat.
Jun 25, 2019
Spread the love

Rabat – While studies suggest Islam is the fastest growing religion on the planet, a recent survey released by the BBC Arabic showed religion has declined throughout the Arab world. Currently 18% identify as “not religious”, compared to 11% in 2013.

The report, conducted for the BBC by the research group Arab Barometer, was the largest and most in-depth survey undertaken of the Middle East and North Africa. Over 25,000 people were interviewed from 11 Arab countries, including Morocco, Algeria, Sudan, Yemen, and Lebanon.

With the exception of Yemen, every country surveyed showed a decline in faith. The North African countries of Tunisia, Libya, and Morocco showed the largest shift away from religion. Currently close to 15% of Morrocans identify as not religious, an increase from under 5% in 2013.

The decline in religious identity paralleled a waning trust in trust religious leaders.

Again the outlier, Yemen, showed an increase in trust of its religious leaders. Currently in the grip of the worst humanitarian crisis on the planet, the Gulf state’s trust inched up from 36% to 38%.

The survey also showed that the Arab world held a general distrust toward international political leaders.

President Donald Trump fared the worst among the world leaders covered in the survey. Only 12% of participants expressed a positive view towards Trump. This number was close to 0% in Morocco. Overall, Russian president Vladimir Putin and Turkish President Recep Tayyip Erdogan fared better in the Arab world at 28% and 51% respectively.

About a quarter of the countries in the survey, including Lebanon and Egypt, showed a preference toward Putin over Erdogan. None of the 11 countries favored Trump.

The view of who can be a leader was also shifting. Ranking second only to Lebanon, the survey showed almost 75% of Morrocans said a female president or prime minister was acceptable.

Homosexuality remains largely taboo in the Arab world. Morocco was more accepting of homosexuals than most of its neighbors with 21% of Morrocans saying homosexuality was acceptable.

In Algeria, the most tolerant country surveyed, 26% of the population tolerated homosexuals. On the low end, just 5% of Palestinians found homosexuality acceptable.

Morrocans also ranked among the highest in desire to emigrate at 40%. While the majority of these Morrocans said they would head to Europe, others in the Arab world expressed a desire to migrate elsewhere. Participants from countries like Algeria and Jordan said they would move to the United States, while those from Sudan and Egypt would head to a country in the Gulf.

The anonymous interviews took place in private spaces, with randomly selected participants from both urban and rural areas. Arab Barometer, who has conducted the survey since 2006, developed its methodology to represent communities fairly in the data. 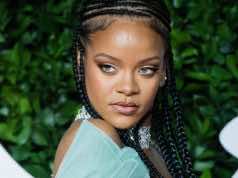