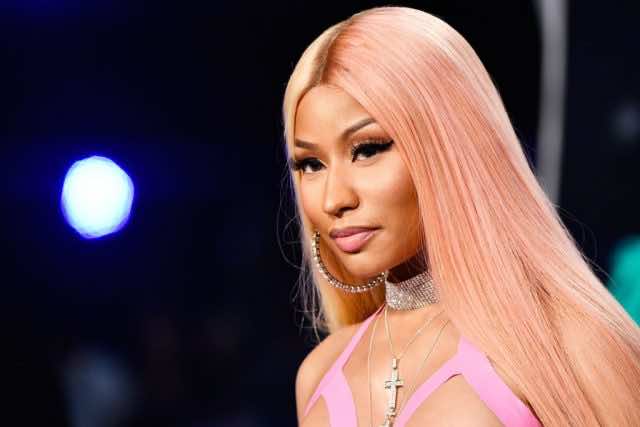 Earlier this month, on July 3, Nicki Minaj had people raising their eyebrows when she announced she would be headlining the Jeddah World Festival in Saudi Arabia. Her performance was scheduled for July 18.

Many of her fans, as well as human rights groups, questioned the morality of Nicki Minaj, who describes herself as an advocate for LGBTQ rights, performing in a country where the death penalty is still imposed for same-sex acts and women are heavily restricted.

“Have you seen ‘queer ally’ Nicki Minaj is doing a concert for Saudi royals? Only 3 days ago she was making her pink dollar at pride, now she’s off getting her homophobe dollar!” one fan said on Twitter.

However, after taking the backlash into consideration, Minaj has announced she will no longer be performing in Saudi Arabia. “After careful reflection, I have decided to no longer move forward with my scheduled concert at Jeddah World Fest,” the singer said in a statement.

“While I want nothing more than to bring my show to fans in Saudi Arabia, after better educating myself on the issues, I believe it is important for me to make clear my support for the rights of women, the LGBTQ community and freedom of expression.”

The cancellation follows the US-based Human Rights Foundation writing a 5-page letter to Minaj on Friday, July 5. The letter details the country’s human rights abuses and calls on Minaj to cancel the concert.

They suggested Minaj “refuse the regime’s money,” and use her influence to demand the release of the detained women activists. The letter advised that Minaj bow out of the concert “as a symbol of solidarity with the ongoing suffering of the Saudi people”, given her “status as a global personality.”

It seems Minaj took the letter to heart, and the Human Rights Foundation took to Twitter to thank her.

“THANK YOU @NICKIMINAJ for cancelling your #SaudiArabia concert and for supporting LGBTQ & women’s rights. Millions of people around the world are inspired by your devotion to human rights and human dignity. We at @HRF salute you & are grateful for your leadership,” the group said on Twitter.

THANK YOU @NICKIMINAJ for cancelling your #SaudiArabia concert and for supporting LGBTQ & women’s rights. Millions of people around the world ? are inspired by your devotion to human rights and human dignity. We at @HRF salute you & are grateful for your leadership #freeloujain

While her decision to cancel has received praise from activists and human rights groups, it seems the backlash isn’t over for Minaj.

Wanting to start a conversation with her Saudi fans, Minaj took to Instagram to start a dialogue. “Saudi Arabia, I see some of your comment and want to respond directly to my fans. Voice your opinions here,” the post read.

“Please don’t let us down, 11 thousand tickets were bought in only one hour please we want you there is a lot of fans from Saudi Arabia, literally I’m crying,” a distressed fan wrote.

Minaj, sticking to promise to respond directly, clapped back saying “can an openly gay person go to the concert without being arrested?”

The comments were soon inundated by a dichotomy of opinions, with some Saudi fans saying that Minaj performing would have only helped solve the issues in the country by pushing boundaries, and others commending Minaj’s decision.

“You canceling your performance will change NOTHING. What you can do is push boundaries and raise the bar for women in Saudi by headlining the festival and giving your Saudi fans a chance to see you perform,” one fan wrote in a comment with over 3700 likes.

Minaj clapped back again, asking a question many others had been posing when she announced the performance: “and what would I wear?”

Others Saudi fans argued that Minaj’s performance is part of reforms in the country to make life better for women, and that the “internet has a fake picture” of Saudi Arabia.

“The women can go to the concert without a man and there a lot of LGBTQ people there! The internet has a fake picture of us! We love you,” the comment read.

“We are not weak, ok? I hope you read this because I want everyone to know that we don’t need you,” the user continued.

However, many of her fans were understanding of Minaj’s decision. “I’m very much proud of you for taking a clear stance on how you feel and what you stand for, showing your support of women’s and LGBTQ+ rights,” said one fan, echoing many other comments.