The construction of the plant will be completed at the end of 2020. 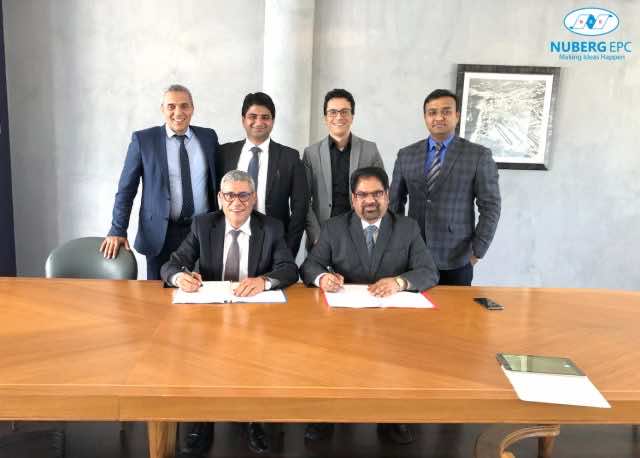 A statement  issued by Nuberg EPC on July 9 said that General Manager of SCE,Moutawakkil Abdelkebir, and AK Tyagi, Chairman and Managing Director (CMD) of Nuberg attended the signing of the contract.

Tyagi expressed his satisfaction with the newly signed contract, saying that his company is honored to “deliver its first chlor-alkali plant in Morocco.”

“SCE Chemicals has entrusted us with the opportunity to play a key role in helping them to build the plant,” he added.

SCE is active in several fields, including chemistry and agriculture.

According to Nuberg EPC the industrial company “holds considerable resources for producing and marketing its products such as sulfonic acid, sodium silicate, SLES, Aluminium sulfate and others.”

The company is specializes in  water treatment, the timber industry, detergent, and cosmetics

“We are happy to announce our association with the specialized chlor-alkali EPC & LSTK company, Nuberg EPC, for our chlor-alkali project,” he said.

Nuberg said that the factory will include the “most advanced bipolar membrane cell technology licensed from UK based Inovyn.”

The Indian company serves as an industrial operator in “Projecting Engineering and Turnkey contracting companies” across the world.

According to the firm’s official website, the industrial company offers services and construction of industrial factories.

“Nuberg has delivered over 60 turnkey projects across 32+ countries in the past 20 years.”