Each week, the prize of round-trip trips on the LGV Al Boraq trains, the high-speed rail service between Casablanca and Tangier, is up for grabs.

Rabat – The National Office of Railways (ONCF) has launched a competition calling all those with a keen eye behind the camera, amateur or not, to take their best shot of the four new strain stations built along the high-speed line.

To enter the competition, simply upload a photo on Instagram of the train station of your choice, along with the hashtags: #ONCFPHOTOSGARES #LENOMDELAGARE.

The competition will be divided into 4 parts, with a different week dedicated to each different station. Here are the dates and the stations:

Each week, round-trip trips on the LGV Al Boraq trains, the high-speed rail service between Casablanca and Tangier, are to be won. The tickets are valid for one month from the day the winner’s name is announced. The winner is free to choose the times of the trip. Here are the exact prizes on offer:

The 4 train stations all recently received a massive upgrade, to match the LGV high-speed train line that was inaugurated on November 15, 2018, by King Mohammed VI. The inauguration came after over a decade of planning and construction by Moroccan national railway company ONCF.

The 200-kilometer-long LGV line is the first of its kind in Africa, linking Casablanca and Tangier in two hours and 15 minutes instead of the usual 5-hour train ride.

The new train stations are all fitted with state-of-the-art technology which meets international standards in terms of safety, comfort, security, and quality of services. 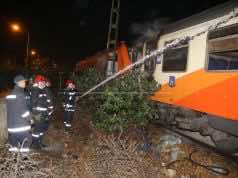 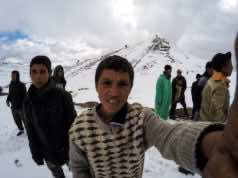