The warning from the Moroccan High Authority for Audiovisual Communication (HACA) comes following a series of breaches during Ramadan 2019. The Authority has warned that sanctions are the only way forward.

The authority has not yet pointed the finger at any particular TV station, but has warned that sanctions may be the only way forward.

The concern relates to the number of advertisements shown on TV during Ramadan, in particular at the time of “iftar,” the meal taken after sunset prayer to break the fast. Iftar is prime advertising time, as families across Morocco come together to share a meal, many in front of a TV.

Moroccan media law states that TV advertising spots must not last more than 6 minutes, and must be broadcast more than 20 minutes apart. A breach of this leads to a “concentration of advertisements prejudicial to the comfort of viewers,” explained HACA in a press release on July 24.

HACA has enforced the law. Last year, HACA fined Moroccan public broadcasting station Al Aoula and state-owned 2M for showing too many ads, at too short an interval during the month of Ramadan. Al Aoula was fined MAD 800,000 for a number of breaches including showing up to 17 minutes worth of advertisements in an hour, with some advertising spots being shown three minutes apart. Al Aoula was fined for similar breaches in 2013 and 2016.

HACA fined 2M MAD 3 million last year for up to 280 breaches during Ramadan. The TV station’s breaches included showing 27 minutes of advertisements in one hour. Some ad spots were shown just 32 seconds apart. HACA has fined 2M for six years in a row.

In its press release yesterday, HACA warns the problem of breaches is deep-rooted and raises broader concerns in relation to Morocco’s media.

“The problem raises questions regarding the reality of the financing of public audiovisual companies as well as their economic model. The level of their dependence on advertising resources is irreconcilable with the importance of their obligations of public service,” HACA said.

Exactly what sanctions HACA may impose on TV stations this year remains to be seen. 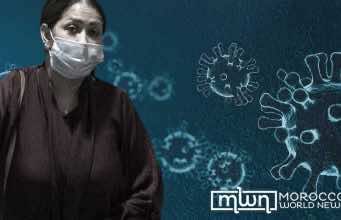