A book donation and signing event, with well-known Chinese writer Yang Peng, was held in Rabat to introduce Chinese culture to Moroccan children.

The event was opened with a speech from Yang Peng about his view on children’s imagination and reading habits. He stressed the importance of imagination for children and said the way to preserve and develop the imagination is to read more.

Yang Peng’s intriguing account was followed by a speech by the brains behind the event, his 15-year-old daughter Yang Yuchen. Her coherent and moving speech revealed her personal and sentimental interpretation of the meanings of her father’s books, as well as her passion for reading.

“A good book is a paradise because, in a book, there is no limitation to one’s imagination. It takes you to a wonderland where you can break free from the bondage of reality and look at things from a different perspective,” said Yang Yuchen as her eyes sparkling.

Impressed and inspired by Yuchen’s speech, the Moroccan children at the event bombarded her with questions, including about her writing experiences and her future career plans.

Yang Yuchen donated 300 copies of books, written by Yang Peng and translated into French and Arabic, to Moroccan children. The donation included 130 copies to Les Savant Fous and 170 copies to Association Ibtassim as well as participants of the book event. The books include My Dad in A Pocket series and Mickey Mouse Kung Fu. 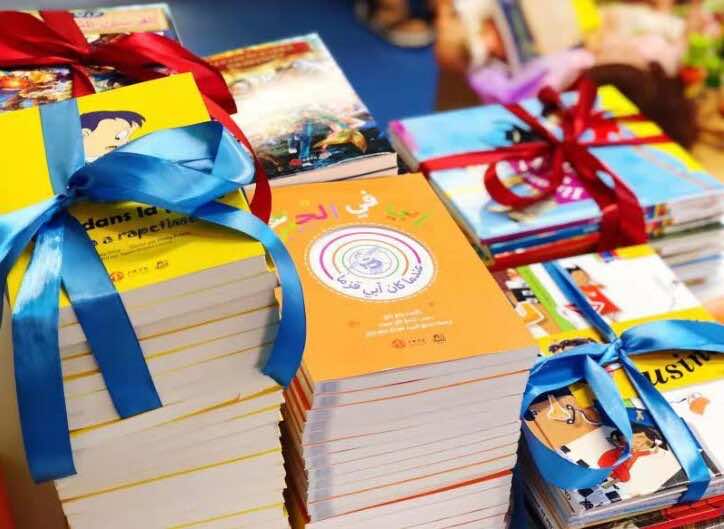 Yang Peng is an award-winning children’s book writer in China. He won the Best Works Award (五个一工程奖), one of the most prestigious literature and arts awards in China, three times, in 1997, 2000 and 2002. He was also the first Chinese writer to sign a publishing contract with Disney. He has published more than 100 books, and 10,000,000 copies of his books have been sold.

Yang Peng’s daughter Yang Yuchen is a 15-year-old high school student in New Jersey, USA. She manages a WeChat public account to promote English learning and AI knowledge in China, as well as to fundraise for book donations to Asia and Africa.

This charitable and cross-cultural event not only offered Moroccan children options to widen their reading but also brought Chinese culture into Morocco. For example, part of the donation, Mickey Mouse Kung Fu, will expose children to traditional Chinese cultural elements, such as Buddhism, Taoism, and metaphysics, to bring Chinese stories and historical figures to live to readers.

The literary and cultural exchange will help Moroccan readers to learn more about Chinese culture, especially the younger generation.