Morocco World News
Home News Poll: More Than Half of US Voters Think Trump is Racist

The majority of respondents in a Quinnipiac University poll believe that US President Donald Trump is racist. 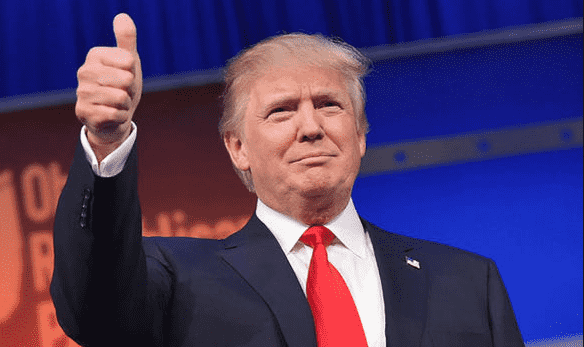 Rabat – According to the poll, 51% of voters think Trump is racist, compared to 45% who do not.

USA Today detailed the results, which are divided according to political affiliation, sex, race, and religion.

CNN compared these findings to a September 1968 poll regarding former Alabama Governor George Wallace, who ran for president that year.

Wallace was a proud segregationist and opposed to the Civil Rights movement, which sought to grant black Americans equal rights. According to a Harris poll, 41% of voters believed he was racist, while 40% did not.

While they may not be representative of the entire population, these results demonstrate that “more voters believe Trump is racist than believed a segregationist running for president in 1968 was,” writes CNN analyst Harry Enten.

Quinnipiac held similar polls in 2018, with 49% of respondents believing Trump is racist.

The new poll comes on the heels of yet another racist scandal involving President Trump. In early July, he tweeted that four Democratic congresswomen of color should “go back” to their countries. The attack was directed at Alexandria Ocasio-Cortez, Ayanna Pressley, Rashida Tlaib, and Ilhan Omar. All four are US citizens.

Ocasio-Cortez was born in the Bronx, New York to a Puerto Rican family.

Pressley, a black woman, was born in Cincinnati, Ohio.

Tlaib, of Palestinian descent, was born in Detroit, Michigan.

Omar was born in Somalia in 1982. After fleeing the ongoing civil war, Omar’s family spent four years in a refugee camp in Kenya. The family was granted asylum in the US in 1995, and Omar later became a US citizen at 17 years old.

Amid Trump’s tweeting scandal, the president held a rally in North Carolina during which he doubled down on his comments. While criticizing Omar, his attendees and supporters began chanting “send her back.”

A history of racist rhetoric

Trump has been accused of spewing racist rhetoric since he launched his presidential bid in 2015. He also has a questionable past–records of his racist remarks date back to 1973.

In June 2017, he reportedly remarked that once Nigerian immigrants saw America, they would “never go back to their huts.” At the same time, he also allegedly said Haitians “all have AIDS.”

In January 2018, the President referred to El Salvador, Haiti, and various African nations as “s—hole countries,” and demanded to know why the US accepts immigrants from these places.

Most recently, he referred to a majority-black district in Baltimore, Maryland as a “disgusting, rat and rodent infested mess” in a July 27 Twitter attack on black congressman Elijah Cummings.

This attack came in response to Cummings’ criticism of the treatment of migrants at border facilities between the US and Mexico.

USA Today reported that Former Massachusetts Governor Bill Weld “warned the Republican Party that if it does not denounce Trump in 2020, the GOP will be known as the ‘party of racism in America.’”