As the original controversy seems to be returning to its starting point, the most likely, soundest move from CAF would be to confirm its own previous ruling. 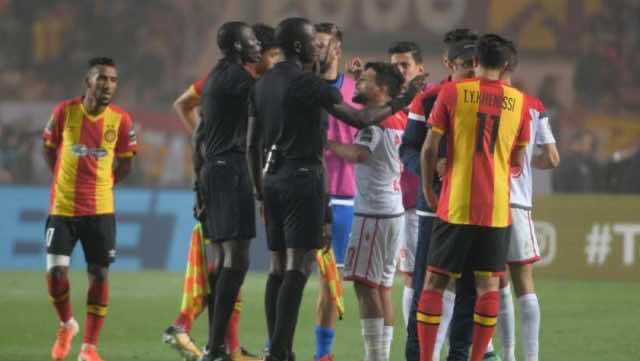 Rabat – It is Groundhog Day in the Wydad vs. Esperance Tunis dossier after the Court of Arbitration for Sports (CAS), which was expected to deliver a final verdict, ended up issuing a partial, non-binding ruling.

When Morocco’s Wydad Casablanca (WAC) and Tunisia’s Esperance Tunis (EST) lodged complaints with CAS after a controversial, for some scandalous, second leg of the final of the African Champions League, the broad expectation was that CAS would be the final arbiter in the matter.

Earlier this week, on July 31, however, the Lausanne-based institution ironically overruled the rematch decision previously made by CAF, the body governing African Football, while at the same time pointing out that “competent bodies” from the same institution are in fact the ones responsible for making the final decision.

The only decisive clause in CAS’ partial verdict is its outright rejection of Wydad’s side of the controversial story. Both Wydad and EST opposed CAF’s earlier rematch decision and claimed that they should win the continental trophy. CAS declared EST’s conclusions more compelling that WAC’s.

But does that translate into victory for EST?

The answer is yes, at least as far as EST is concerned. The Tunisian club sees in CAS’ partial ruling a tacit agreement with its claim that it is the legitimate winner. EST suggested rejecting the conclusions arrived at by Wydad’s legal team during the hearing on July 30 was a veiled way of urging CAF to declare them as the legitimate winner.

For its part, however, Wydad is just as adamant that “the battle is not yet over.” In a statement the Moroccan club’s president issued to “clarify” CAS’ ruling, the Casablanca-based club noted that, rather than roundly dismissing CAF’s authority, CAS’s ruling simply meant that CAF’s previous decision did not respect due process.

CAF’s earlier rematch decision was taken by the body’s executive committee when the Wydad-EST case should have been the responsibility of its interclub and disciplinary committees.

The essential takeaway from CAS’ ruling, according to Wydad, is that CAF is now free to decide as it sees fit as long as it follows its own regulations as to which of its sections or subsections have the legitimacy to deliberate on a case like the EST-Wydad controversy.

Meanwhile, CAF’s response to CAS’ verdict shied away from fueling speculations as to which decision the body is considering between a rematch and an EST victory.

In its response, CAF simply said it had not yet received from CAS a written, comprehensive summary of the hearing that EST and Wydad had at the body’s headquarters in Lausanne, Switzerland.

At this stage, WAC, whose CAS file dismissed CAF’s rematch ruling, will most likely welcome the same decision it contested. In the meantime, EST hopes that CAF will not rob it of a victory that CAS has from all evidence declared in its favor.

As the original controversy seems to be returning to its starting point, the air seems to be filling up with a rematch scent, as the most likely, soundest move from CAF would be to confirm its own previous ruling.

For CAF’s “competent bodies” to dismiss the executive committee’s ruling would be to grant CAF critics their oft-repeated point. That the body is a mostly dysfunctional unit where decisions are generally ad hoc and contradictory, a reflection of the power struggle or influence peddling which is reportedly the foundation of CAF’s functioning.