For Benatia, the Moroccan Lions were slightly better equipped and in better shape than Algeria’s Desert Foxes. 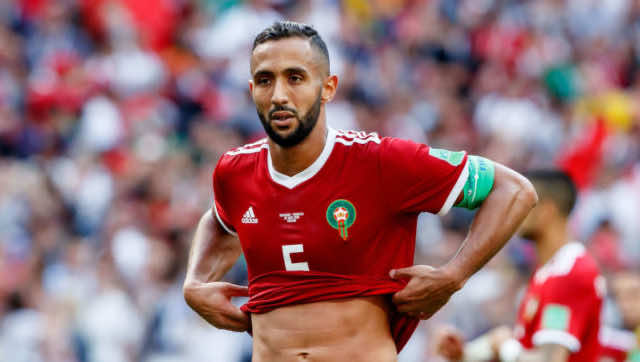 Rabat – For all of Morocco’s mishaps and dishearteningly early elimination at the latest CAN , defender Mehdi Benatia is of the opinion that the Moroccan Lions were better and slightly more equipped than Algeria’s national team.

Algeria ended as the CAN winners with a style of play—safe for the ugly win against Senegal in the final— that elicited rapt commentaries and waves of admiration.

Algeria’s national team was, in addition, the center of gravity of most of the compliments at the recently concluded Africa Cup of Nations, winning all its matches and putting on display a playing style and philosophy which attracted unanimous applause.

Morocco’s Atlas Lions, on the other hand, went out of the tournament as disappointing—and disappointed—title contenders.

The Lions’ early, unexpected defeat against underdog Benin shattered the dreams of the “Renard Generation” and the enormous sums of money FRMF, the Moroccan federation, invested in the hopes of ending more than three decades of trophy drought.

Speaking to a Qatari daily over the weekend, however, Benatia sought to put things in context, in perspective, ultimately saying that Morocco’s national team at the recent CAN was more the victim of fate and bad luck than of the lack of inspiration or skill in its squad.

For Benatia, the Moroccan Lions were slightly better equipped and more in shape than Algeria’s Desert Foxes. Morocco would have been a stronger, more deserving champion, he argued.

Benatia’s point, noted Moroccan Arabic newspaper Al Akhbar, which reported on the Atlas Lion’s interview with the Qatari daily, is that fate—that mysterious combination of favorable (or not) circumstances and events—and luck were in Algeria’s favor at the expense of teams like Morocco’s which “had everything to be deserved champions.”

Sounding exceedingly nostalgic throughout the interview, the former Juventus and Bayern Munich defender spoke at great lengths about what playing in the “Renard Generation” meant for him and other players.

He suggested that it was the solid performance and esprit de corps of this generation that helped cement Morocco’s reputation recently as a serious contender at the continental level and a challenging opponent for world-class national teams.

Hervé Renard, the now former Moroccan coach, left Morocco after failing to deliver on the terms of his agreement with FRMF. When accounting for the calamitous defeat against Benin, many Moroccan fans and sports commentators tend to point to “some technical blunders” in Morocco’s lineup.

After yet another morale-crushing CAN experience for Morocco, Renard and FRMF were compelled by unfriendly post-CAN winds to sever ties, ending one of African football’s most hyped bromances.

But Benatia still holds the ‘Renard Generation’ in very high esteem, saying that despite the continued trophy drought and the particularly lackadaisical game against Benin, the squad under Renard’s tenure was by far one of Morocco’s best in recent memories.

He also said that the early exit from CAN still hurts today, part of the reason being the enormous pool of talented players and the quality of management that were supposed to put Morocco far beyond the level of most other African teams.

This is not the first time that Benatia has given a mixed assessment of Morocco’s display at CAN 2019.

While visibly apologetic about the team’s overall disappointing performance at the latest CAN, the veteran defender has been unwavering in his belief that the team did its best to live up to the great expectations that came with being ranked as one of the best African teams.

In a post-CAN message to Moroccan fans, Benatia sent out words that sounded at once like an apology and a rallying cry.

“This CAN has ended in great bitterness for us,” he began, as he went on to add that the team did it best to make fans happy and will continue to do so in the future.

“On and off the pitch, a lion will remain a lion, even when wounded,” he concluded, in reference to the nickname of Morocco’s national football team.