Seven people have died after a rainstorm hit several regions of southern Morocco with massive floods. 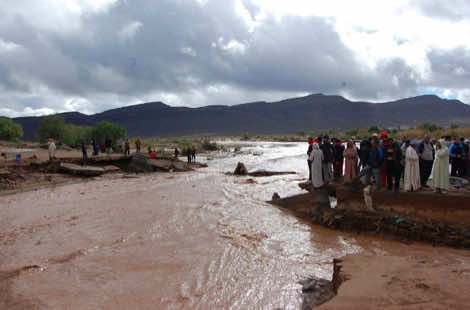 Rabat – Heavy rainstorms and floods hit the province of Taroudant on August 28. According to local authorities, seven people have died.

The Moroccan Commission for Human Rights in Taroudant, Moustapha Arraf, told Hespress, “the bodies of seven people have been recovered, one remains missing and the rest have been rescued.”

The seven deaths include a 17-year-old boy and six elderly people who were watching a football match at the time of the flood.

Local authorities confirmed that the flood victim is now at the Igherm Municipal Hospital receiving the necessary medical care, according to Maghreb Arab Press (MAP). They added that one person is still missing.

In the city of Tata (180 km southeast of Taroudant), heavy rains flooded the homes of 200 locals. Local authorities opened educational and social centers to accommodate those who were affected.