To announce the players selected for the September international matches, the Dutch team, Ajax Amsterdam tweeted a map separating Morocco and Western Sahara. 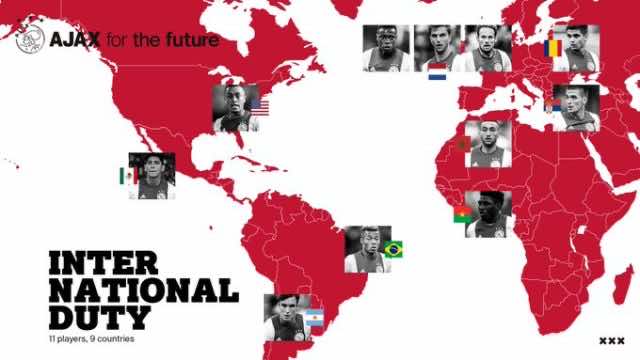 By
Kawtar Ennaji
-
Kawtar Ennaji is a journalist and translator at Morocco World News, MA holder from King Fahd School of Translation
Sep 4, 2019

Wish our boys good luck in the comments…📮 pic.twitter.com/sruWQn47Ml

The selections of the various continental confederations are preparing to play the qualifiers of the World Cup 2022 (Africa and Asia), and the Euro 2020 (Europe).

The Dutch club posted on its Twitter account an infographic of the world map with a photo of each player in front of his home country. The map, however, showed a line separating Morocco from Western Sahara.

Some Internet users replied to Ajax’ tweet, pointing out the separation line and demanding its rectification.

One user posted a zoomed version of the map asking the club for “a small correction here please.” Another user replied with a corrected map labeling it, “my country.”

This is not the first time that a European club posts a divided map of the Kingdom. During the last African Cup of Nations, AC Milan wanted to wish good luck to its player Franck Kessie in Morocco vs Ivory Coast match. However, the club put a Moroccan map without the Sahara.

In December 2018, Union of Arab Football Associations (UAFA) also tweeted a divided Moroccan map. The map showed the football clubs that qualified for the eighth round of the Zayed Champions Cup including Morocco’s Raja Casablanca (RCA).

Contacted by the Royal Moroccan Football Federation (FRMF), the UAFA said that posting the map was an “unintentional mistake,” and deleted the tweet.