Rabat - Herve Renard is bringing in some new Atlas Lions and calling back some old ones. 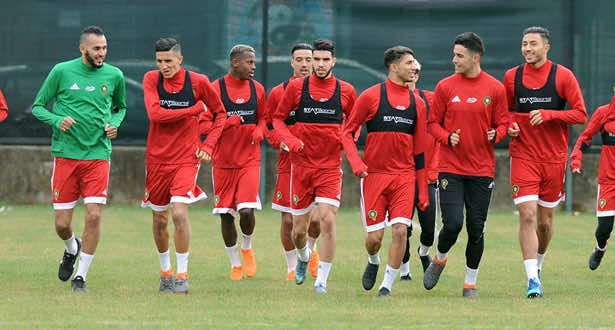 Rabat – Herve Renard is bringing in some new Atlas Lions and calling back some old ones.

The Royal Moroccan Football Federation (FRMF) has unveiled the list of 26 Moroccan players chosen by the French coach to participate in the Morocco-Comoros game for the 2019 Africa Cup of Nations (CAN) qualifiers.

As expected, Renard has selected most of the players who competed in the 2018 World Cup and the Morocco-Malawi qualifier, such as Nordin Amrabat, Hakim Ziyech, Achraf Hakimi, M’barek Boussoufa, and Younes Belhanda.

The captain of the national team, Mehdi Benatia, is still missing from the squad. The Juventus player, who faced a lot of rumors concerning his absence, has already expressed his wish to focus on his season with the Old Lady.

The Schalke 04 player, Amine Harit, who was suspended during the Morocco-Malawi game in a disciplinary matter did not make the cut.

Noussair Mazraoui, who officially made his debut under the Moroccan jersey against Malawi will play his second game with the Atlas Lions. The Moroccan-Dutch player chose to represent Morocco instead of the Netherlands.

The Atlas Lions will begin training in Bouznika, a town between Rabat and Casablanca, starting October 8.

For their first qualifier game, Herve Renard’s team scored a win, September 8, beating Malawi 3-0. The victory allowed the team to move up a spot in this month’s FIFA ranking, up to 45th.

Here is the complete list of the players that will compete against Comoros: