The operation is part of Morocco’s crackdown on drug trafficking across Morocco. 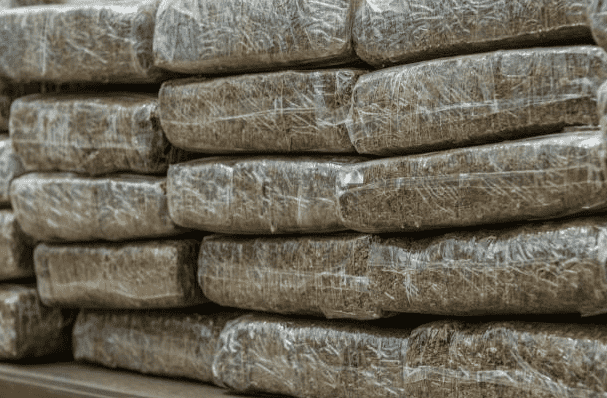 Security services in collaboration with members of the Gendarmerie seized 68 large bundles of cannabis resin with a  total weight of two tons, a statement from the General Directorate of National Security said.

Police opened an investigation to identify all possible suspects involved in the drug trafficking network.

The investigation seeks to also determine the possible ramifications at the national and international levels.

The operation is part of Morocco’s strategy to fight drug trafficking and criminal networks.

Moroccan customs said in a report in May that they seized 19.2 tons of cannabis resin in 2018, 14.7 tons less than the number of cannabis resin seized in 2017 (33.7 tons). The customs seizures are in addition to the large quantities of cannabis that other Moroccan security services seize across Morocco.

A customs source told Maghreb Arab Press (MAP) on Monday, September 16, that the security services seized the cannabis which was concealed inside a car. A Moroccan man living in Spain was driving the car.

Last year, Morocco’s Spokesperson of the government Mustapha El Khalfi said that the country’s primary focus is to tighten security and surveillance against drug trafficking.

He said that in the first nine months of 2018, security services seized 700 kilograms of hard drugs, 51 tons of cannabis resin, 90 tons of cannabis, and 600,000 psychotropic pills.