Recently, some Saudi women defied the country’s dress code, calling on all other women to join the initiative for more individualism. 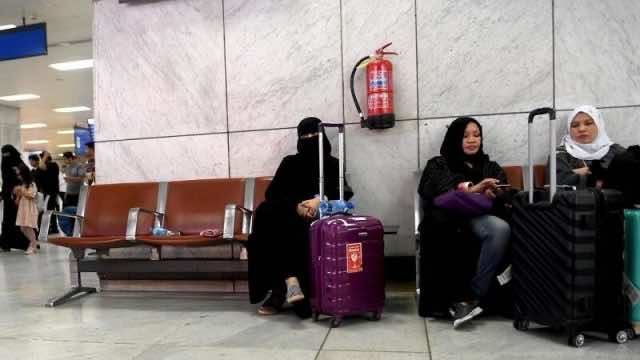 Rabat – The Saudi Ministry of Tourism has announced that women tourists no longer need to follow a dress code while visiting Saudi Arabia.

Traditionally, Saudi and foreign women must wear a long black robe, known as an abaya, when they go out in public.

Saudi Minister of Tourism Ahmed al-Khateeb told Reuters that women tourists will not be obliged to stick to abayas.

The announcement comes as the country is also starting a new visa program to attract foreign companies to invest in the tourism sector.

Al Jazeera said that Saudi Arabia’s goal is to increase tourism earnings to 10% of gross domestic product (GDP) by 2030.

The visa programs, Al Jazeera added, stipulate that tourists can get visas for a fee of $80 (MAD 800) “with no restriction for unaccompanied women as in the past.”

“Access to the Muslim holy cities of Mecca and Medina is restricted,” according to Al Jazeera.

The tourism chief will provide more details on which countries can get the visas later on Friday, but he emphasized that Saudi Arabia is targeting Japan, Europe, the US, and China.

Under the leadership of Crown Prince Mohammed bin Salman, Saudi Arabia has enacted several reforms. The reforms encouraged some Saudi women to defy the dress code.

Earlier this month, Saudi Mashael Al Jaoud made news headlines for posing in an orange top and white with high heels, without covering up with an abaya.

Al Jaoud was not the only Saudi woman to defy the dress code, as other women launched a campaign to encourage others to go out wearing “Western clothes.”

Manahel Al Otaibi, a Saudi activist, said in an online post recently that she has been living in Riyadh for four months without wearing an abaya.

The crown prince had previously hinted about a change in the dress code from during an interview broadcast in March 2018 by CBS TV. Mohammed bin Salman had said hinted his country might relax the dress code for women.

However, he said, “The laws are very clear and stipulated in the laws of Sharia [Islamic law]: that women wear decent, respectful clothing, like men.”