The police seized 556 kilograms of cannabis at the home of one of the suspects.

Rabat – Police have arrested two suspects for their alleged involvement in drug trafficking Oujda, eastern Morocco, near the Algerian border.

The suspects are 39 and 41, the General Directorate of National Security (DGSN) said in a statement on October 6.

Police arrested the first suspect in possession of 320 grams of cannabis resin in a car with a fake number plate.

Police arrested the second suspect during a search operation in Beni Drar in Oujda.

Police put the suspects in custody for further investigation and to determine if there are any possible accomplices.

The operation is part of Morocco’s efforts to combat drug trafficking across Morocco.

The DGSN announced in September that security services had arrested 420,348 people on charges of drug trafficking from January 1 to September 15.

During the same period, police seized 112 tons and 138 kilograms of cannabis and its derivatives. 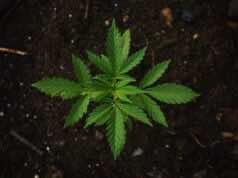