Morocco is unapologetic about its Africa-focused diplomacy. There are lingering debates, however, on how sincere Morocco’s “African vocation” really is. 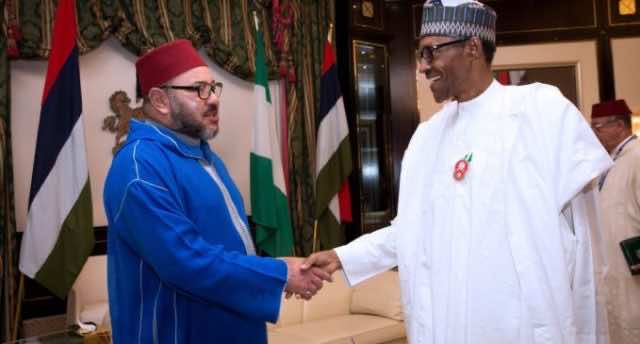 Rabat – At the 12th MEDays forum due to take place from November 13-16 in Tangier, pan-Africanism and Morocco’s pointedly Africa-focused diplomacy will be at the heart of debates.

A slight alteration from last year’s MEDays’ topic, “In the Age of Disruption: Finding the New Paradigms,” this year’s is set to discuss “The Global Distrust Crisis: Facing Subversion and Uncertainties.” Brahim Fassi-Fihri, the founder of Amadeus Institute, the think tank that annually organizes the event, recently shared the event’s illustrious guest list with Moroccan newspaper le 360, highlighting the place of Africa at the heart of the now iconic gathering.

Senegalese President Macky Sall and Sierra Leone’s Julius Maada Bio will be this year’s special guests, Fihri told the Moroccan newspaper. Alongside the two West African presidents will be more than thirty ministers from across the world; but mostly from Africa. Both the event’s thematic direction and the list of “illustrious” attendees speak to what has become the most visible characteristic of the Moroccan diplomacy in the past two or three years: an emphatic focus on Africa.

Although Amadeus Institute is not affiliated with the Moroccan government, the bulk of its activities as one of  the North African country’s leading think tanks—be it in conferences, think pieces, or political analyses and policy recommendations—have mostly centered on the meaning of Morocco’s return to the African Union. Most telling still, the institute’s founder has been cited among the most indispensable proponents Morocco’s bid to join the Economic Community of West African States (ECOWAS).

It is therefore no coincidence that the Morocco-ECOWAS complex romance, which said to be facing “significant political hurdles” in the form of Nigeria’s reluctance to relinquish part of its regional hegemony to Morocco, was the flagship topic of last year’s MeDays event.

At one of last year’s many panels on the issue, there was thunderous agreement that Morocco’s membership will change the regional body for the better. Panelists spoke about the irrefutable Africanness of Morocco, pointing to it’s the centuries-long links with countries like Senegal, Mali, and Ghana, home to thee of the oldest, pre-colonial empires in the region.

In more contemporary parlance, pan-Africanist arguments, the panelists pointed to Morocco’s “historical role” in African struggle for independence in the 1960s and 1970s—and beyond.

“It is a question of continental unity,” Moussa Mara, former Prime Minister of Mali, said of what he saw as the primary meaning of Morocco’s ECOWAS membership. The sentiment was an understandable echo of the current emphasis, in most AU events and working papers, on increasing intra-African exchanges.

Another panelist, more detail-minded, spoke to the heart of the significance of Morocco in ECOWAS. “If Morocco joins ECOWAS, the body will immediately become the world’s 15th economy in terms of GDP. And according to my own estimations, ECOWAS will be among the world’s leading ten economies by 2030,” said Mubarak Lo, former foreign minister of Senegal and visiting lecturer of African affairs at the Rabat International University.

But even as the consensus around Morocco’s added value to the West African club could not be more heartily expressed, the bid is still faced with a delay of deliberation. This understandably stems from Nigeria’s opposition but also from an unarticulated feeling that, contrary to political leaders in the region, the wider society in West Africa is not quite ready for a Moroccan membership. In a series of events organized in 2018 in Abidjan, Ivory Coast, and Accra, Ghana, in prelude to  last year’s MEDays talks, Amadeus Institute reached the conclusion that the bid still “needs time and a broader social dialogue.”

Meanwhile, as it patiently waits—few endeavors require patience and long term calculations than diplomacy—Morocco has made it consistently plain that its Africa-oriented diplomacy is not driven by economic interests alone.

At heart, goes the deep-seated arguments made on numerous occasions by the Moroccan government—or most high-ranking Moroccan officials, for that matter—Africa, Africanness, and Pan-Africanism are part and parcel of Moroccan history and culture. From “African vocation” to “pan-African responsibility,” it is not uncommon, while attending a conference in Morocco, government-sponsored or not, to hear hearty pronouncements about Morocco’s congenital Africanness.

But Nigeria’s reluctance and the reported popular Western African opposition to Rabat’s West African proclivities are not the only blocking stone standing in the way of Morocco’s unapologetic plea for its inherent Africanness. As should be expected, the territorial dispute in Western Sahara continues to be an extremely divisive topic in some African quarters.

Last summer, a number of African countries, following in the steps of South Africa, whose ruling party, the African National Congress, has no qualms about its disapproval of Morocco’s Western Sahara claims, dashed the North African country’s hopes of organizing the 2026 FIFA World Cup. For some weeks or months after that devastating defeat for Morocco 2026, the decision of some African countries to vote for the North American World Cup bid poured some cold water on the pan-Africanism-inspired fervor of those who thought that the whole of Africa would vote for Morocco’s bid.

Invoking the anti-colonization tenets of the African Union, South Africa has traditionally ridiculed Morocco’s claims to pan-Africanism by presenting Western Sahara as “the last colony in Africa.”

There have most recently been promising signs of a certain diplomatic rapprochement between Rabat and Pretoria. This has mostly been possible because of Morocco’s discernible shift towards a type of “proactive diplomacy” whereby it seeks to more assertively engage countries that have still not embraced the increasingly established sentiment in UN diplomatic circles that self-determination and independence are not the way forward for Western Sahara.

Meanwhile, Morocco does not appear to have lofty goals about convincing South Africa in an exceptionally short period of time. This will take delicate, laborious diplomacy, which is perhaps why Morocco appointed one its most accomplished diplomats in the ambassadorial seat in Pretoria.

In the short and medium terms, however, Rabat understandably wants to convince Pretoria that it is just as devoutly African and pan-Africanist as other African, mostly sub-Saharan African, countries.

There is “no South African monopoly on pan-Africanism,” Fihri, the Amadeus Institute founder, told Morocco World News last May. “Morocco does not have to prove its Africanness. Morocco’s Africanness is not only institutional. Morocco’s African identity is part of its everyday life experience. It is rooted in our history.”

This is perhaps what Youssef Amrani, the Moroccan ambassador to South Africa, meant when, recently speaking to a number of South African journalists and think tanks, he spoke of Morocco as seeking to advance its “African vision” for an increased and more results-driven intra-African cooperation on some of the continent’s most burning issues.

Amrani was perceptibly more diplomatic than Fihri in his presentation of Morocco’s heightened focus on Africa in recent years. But the two shared the same underlying premise: that Morocco is essentially African; and that it is only natural that the North African country be interested in Africa, or frames its diplomacy with the purpose of promoting African causes on the global scene.

At present, the debate, if it can be called that, is being globally framed in favor of Morocco, as shown in the AU’s move to wholeheartedly adhere to the UN-led process in Western Sahara or, more strikingly still, the assessment by a South-African newspaper that “Morocco is the face of modern Africa.”

If anything, however, the debate is not one to be settled in, say, five years. How long the final denouement will take will depend on whether African countries, especially bellwethers like Morocco, South Africa, Nigeria, to cite only these three, will place pragmatism and workable policies above any ideology-inspired animus they may harbor about one another.