Reggae music was born in the Caribbean as a vehicle for social commentary and solidarity. 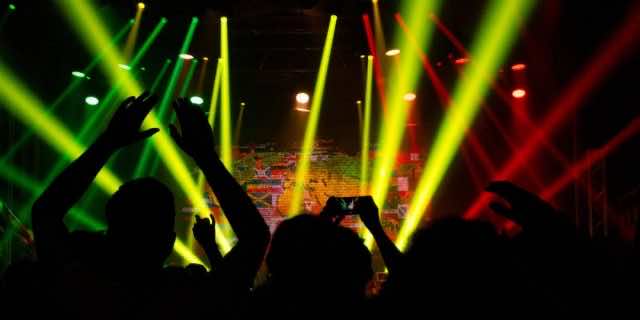 Rabat – The second annual Pan-African Reggae Festival will take place from November 1 to 3 in Sale, Rabat’s sister city across the Bou Regreg river.

The traveling music festival first arrived in Temara, a suburb of Rabat, last year. Each year, the festival moves to a new city to introduce different Moroccan and African cultures.

The Pan-African Reggae Festival is an initiative of the Ben O Bin Intercultural Association.

Ben O Bin is an intercultural collective of artists and social activists from sub-Saharan Africa and Morocco. The association promotes African interculturality in Morocco and strives to enhance cultural co-heritage.

The reggae festival aims to unite the different peoples, cultures, and music from the African continent—the cradle of humanity—and create synergies between them, according to the festival’s official Facebook page.

The festival promotes reggae as “positive music for the emancipation of peoples and openness to the whole world.”

Admission is free for all activities. The Hay Salam Youth House and the headquarters of Réseau marocain de l’économie sociale et solidaire (REMESS) in Sidi Moussa will serve as venues this year.

Events will occur Friday through Sunday at various times.

Although reggae originated in Jamaica in the late 1960s, the cultural and musical tradition has a much longer history.

According to the African Reggae Fest of Barcelona, reggae is a fusion of African rhythms and the music of African slaves in the Carribean and North America.

Between 1662 and 1807 the Transatlantic Slave Trade focribly brought millions of West Africans to British colonies in the Caribbean to work on plantations as slaves.

The majority of Jamaicans are descendents of enslaved Africans. Reggae music began in Jamaica as a creative avenue for social commentary, and many reggae artists have produced songs reflecting on slavery and colonialism in the Caribbean.

Today they say that we are free

Only to be chained in poverty

Ev’ry time I hear a crack of the whip

I remember on the slave ship

How they brutalised our very souls.

Reggae as a vehicle for Pan-Africanism

Reggae has the means to unite people under Pan-African ideals, according to the organizers of the Pan-African Reggae Festival.

Pan-Africanism is a movement which intends to strengthen bonds of solidarity among all people of African descent, regardless of whether or not they have lived in or even visited Africa.

The movement emerged alongside calls for the liberation of African colonies at the end of World War I.

Bob Marley  was a proud ambassador of pan-African ideology, having been influenced by the doctrine of fellow Jamaican Marcus Mosiah Garvey, Jr.

Garvey, who died in 1940, was posthumously named Jamaica’s first National Hero in 1969. The political activist, publisher, journalist, and orator promoted a doctrine of racial pride and African unity.

In the late 1970s, reggae music was a strong proponent of pan-Africanism. The Pan-African Reggae Festival hopes to revive this spirit of African unity and brotherhood this weekend with its concerts in Salé.