Police sized 356 kilograms of cannabis resin during the arrest operation. 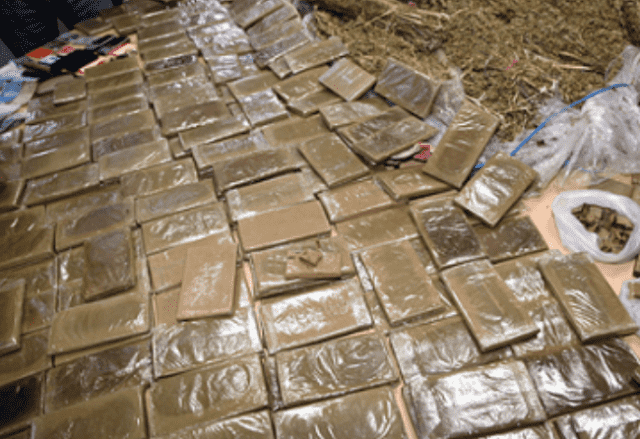 Rabat – The judicial police in Oujda, eastern Morocco have arrested four suspects, including an Algerian national, for their involvement in an international drug trafficking network.

Police arrested the suspects on November 29 in a region called  Chrarga about 20 kilometers away from the northeastern city of Berkane,  the General Directorate of National Security (DGSN) said in a statement.

Police seized  356 kg of cannabis resin and a vehicle that police believe the network used to transport the illicit substance.

The two other suspects have multiple criminal records in various cases, the statement added.

Police put the suspects in custody to continue the investigation and to review the circumstances of this case and establish its possible national or international ramifications.

The operation is part of Morocco’s efforts to combat drug trafficking across Morocco.

In the nine first months of 2019, tHe DGSN seized 112 tons and 138 kilograms of cannabis and its derivatives.

Police also arrested 20,348 people on charges of drug trafficking from January 1 to September 15.