King Mohammed VI praised Lahjomri for “his efforts as the head of the Academy of the Kingdom of Morocco; enshrining the values of dialogue, living-together and the understanding between cultures and civilizations.”

Rabat – The French Academy awarded Perpetual Secretary of the Academy of the Kingdom of Morocco, Abdeljalil Lahjomri, the French Academy’s prestigious Francophone Grand Prix in Paris on Thursday, December 12.

The Academy of the Kingdom is an education department based in Rabat that encourages research and exploration in intellectual sectors, particularly the French language. The Academy aims to broaden its knowledge in such fields by focusing on international ties and inviting different nationalities for cultural exchange.

This prestigious award “crowns the work of a personality who, in his country or at the international level, has made an important contribution to maintaining and illustrating the French language,” Carrère d’Encausse stated.

The academy awarded the prize to Lahjomri in honor of his contributions to the promotion of the French language, institutions, and valuable research. Praised by King Mohammed VI, Lahjomri is recognized for “his efforts as the head of the Academy of the Kingdom of Morocco; enshrining the values of dialogue, living-together and the understanding between cultures and civilizations.”

Lahjormi told MAP after the ceremony that he dedicates his award to the Academy of the Kingdom of Morocco and to “all the teachers, all the deans and all the university rectors who are currently working in the context of educational reform, which would be an important reform within the framework of the modernization of Morocco.”

The French Academy honors 40 members, naming them as guardians of the French language. Lahjomri is now one of those members as Perpetual Secretary of the Academy of the Kingdom of Morocco. 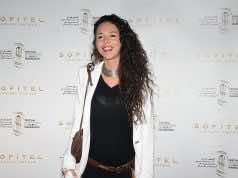