Starting January 1, 2020, if Moroccans living in Turkey exceed their residence permit by more than 90 days, they will be expelled. Rabat – Turkey will no longer renew one-year residence permits given to Moroccans for tourism, which could result in Turkey expelling the thousands of Moroccans who live there. The Turkish General Directorate of Migration Management, affiliated to the Ministry of Interior, made the announcement earlier this month.

The new law will only allow renewing the residence permit for touristic reasons in 2020. Moroccans who would like to stay in Turkey for work would have to apply for a different type of residence permits.

The law does not include Syrian, Egyptian, Libyan, and Sudanese immigrants, but it concerns all other nationalities governed by the foreigners’ law, the deputy director-general of the Turkish immigration service, Kuchah Aok, told the Turkish press.

If the stay of a Moroccan exceeds 90 days without a permit, they will be expelled from the country, Aok added.

The amendment has sparked a large debate among Arabs in Turkey, including a large number of Moroccans, who live there without a valid permit.

The change might significantly alter the flow of migration between Morocco and Turkey and force thousands of Moroccans living in Turkey to come back to Morocco.

It could also affect the already shaky relations between Morocco and Turkey, following Morocco’s threats of walking out of the Free Trade Agreement between the two countries.

While Morocco has been “burdened with all sorts of Turkish products” since the 2006 trade deal, Moroccan products still face customs obstacles when entering Turkish markets, according to Morocco’s Minister of Trade and Industry Moulay Hafid Elalamy.

Officials from the two countries held meetings in recent weeks to renegotiate the trade agreement and come up with an agreeable solution. 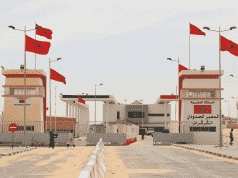