The teamwork has been fruitful despite a “chilly relationship,” said the Dutch police chief, referencing diplomatic tensions between the Netherlands and Morocco.

Rabat – Dutch police chief Erik Akebroom has acknowledged that the Netherlands would not have been able to catch the leader of the Moroccan-Dutch “Mocro Maffia,” Redouane Taghi, without the help of Moroccan and Dubai police.

Emirati police announced the arrest of Taghi in Dubai on December 16. Taghi was wanted for numerous murders and leading a mafia network in the Netherlands known as Mocro Maffia.

The mafia group is known for drug trafficking and murder in the Netherlands, Spain, and Belgium.

NL Times quoted Akerboom saying that he “personally thanked” his colleagues in Dubai and Morocco for their help in arresting Taghi.

“Teamwork is sometimes a tired concept, but it’s the key to success in tackling … crime,” he said.

Moroccan intelligence services are believed to have provided information that helped Dubai police to arrest Taghi, who was hiding out in the UAE.

Taghi was also wanted in Morocco, on suspicion he was behind the Cafe La Cremeshooting in November 2017.

Morocco believes that Taghi ordered the attack where gunmen in Marrakech shot and killed a medical student and injured his classmate.

Dutch members of the mafia opened fire at the cafe before fleeing the scene. The students were not the intended targets, since the gunmen were after the cafe’s owner, Mustafa, also known as Moes. Moes is also allegedly involved in drug operations and stole €27 million from Taghi.

Mocro maffia is involved in several criminal activities, including cocaine and cannabis trafficking and money laundering.

Despite the success of the teamwork, Akerboom acknowledged that Dutch-Moroccan diplomatic relations are a “chilly political relationship.”

Moroccan and Dutch diplomats recently rowed over Moroccan asylum seekers in the Netherlands.

Morocco, however, denied ever having received a request for talks.

“Neither our Ministry of Foreign Affairs in Rabat, nor [the Moroccan embassy] have been approached by the Dutch government for a request to talk about this,” a spokesperson of the Moroccan embassy in the Netherlands told the Dutch news outlet RTL Nieuws. The Moroccan ambassador then canceled his meeting with Broekers-Knol.

In response, Dutch foreign minister Stef Blok said that diplomatic relations between his country and Morocco must improve.

For Blok, the canceled meeting “emphasized the importance of improving the two countries’ relations.”

The Netherlands criticized the prison sentences given to some Hirak Rif activists in 2018, causing Morocco’s foreign minister to summon the Dutch ambassador to Morocco.

According to Gulf News, another diplomatic crisis erupted over Taghi’s deportation from the UAE to the Netherlands instead of Morocco.

NL Times reported that Morocco did not request Taghi’s extradition, but Gulf News quoted sources from Morocco who said that the North African country wants the Netherlands to extradite Moroccan Said Chao “in return for allowing Amsterdam to get Taghi, considering that the Dutch judiciary is refusing to extradite [Chao] to Morocco.”

Morocco sought Chaou’s repatriation in 2018, but the Netherlands refused, and the Dutch Supreme Court upheld the decision.

Chaou was born in the Rif region of northern Morocco, and he served as a member of Parliament between 2007 and 2010. 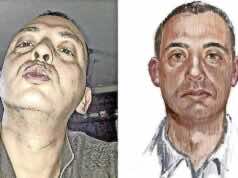 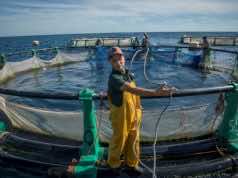