Locals preserved their ranking among the top visitors in the city of Agadir, followed by French and German tourists.

Rabat – Moroccans topped the list of visitors from January to October in the Moroccan city of Agadir, the capital of the Souss-Massa region in southern Morocco.

A statement from the Regional Tourism Council announced on December 25 an increase of 2% in the total overnight stays in tourist establishments in Agadir compared to the same period in 2018.

The tourism office recorded 4,641,882 total overnight stays in tourist accommodations in the first 10 months of 2019.

The number represents an increase of 14%.

Although Agadir says Moroccans represent the plurality its tourists, French tourists spend more nights in the city on average, with 1,400,964 overnight stays, an increase of more than 10% from last year.

Germans are the third most common tourists in Agadir with 755,238 overnight stays.

Along with its neighboring city, Marrakech, Agadir is one of Morocco’s top tourist destinations. The city is expected to attract more tourists if a railway is built between Marrakech and Agadir.

In his televised speech on the 44th anniversary of the Green March in November, King Mohammed VI spoke about the economic potential of the city.

The monarch regretted that despite Agadir’s central location, its resources, potential, and infrastructure remain issues that must be addressed soon to open up the region.

The King asked the government to build a railway connecting Marrakech and Agadir. He also recommended a rail extension covering the regions south of Marrakech. He asked Moroccan authorities to give the suggestion “serious thought.”

“It is not reasonable that some basic infrastructure should end at Marrakech, whereas the Souss-Massa region is actually the center of Morocco and has enormous potential,” the King argued. 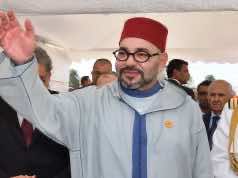 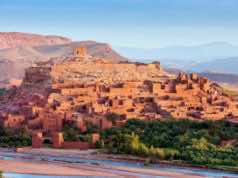