The Oscar winning actress appeared in a photo with a big smile in a Moroccan museum.

Rabat – Posing in a photo in Dar El Bacha Museum in Marrakech on Saturday, December  28, American Hollywood legend Meryl Streep apparead to enjoy her winter break in the Moroccan city, with a beaming smile that suggested love (of the city) and joy.

The photo, in which the Oscar-winning superstar appeared as charming as ever, was shared by Mehdi Qotbi, President of the National Museums Foundation (FNM).

In a caption, Qotbi described the moment as “beautiful,” He then went on to enthuse about meeting and taking a picture with the “fabulous” Streep.

“What a beautiful moment with the fabulous Diva, Lady Meryl Streep … at Dar Al Bacha museum,” he wrote.

The museum is located in the heart of the old medina of Marrakech. It explores the different facets and multiple components of the Moroccan identity and culture.

Read Also: Morocco Among Top 5 Destinations to Discover in 2020

This is not the first time that Streep has visited Morocco. In 2016, the superstar flew to the red city to join a royal iftar, breaking the fast during the Muslim month of Ramadan.

The red-washed city of Marrakech has long been one of the favorite destinations for tourists, including celebrities. Last year, Madonna celebrated her 60th birthday in Marrakech. Several other superstars have done the same in recent months.

The iconic city, meanwhile, is expecting the arrival of an A-list celebrities who might choose the region to celebrate New Year’s Eve or New Year itself. 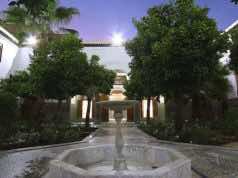 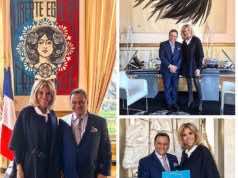