The Israelis needed fake passports to travel to the UAE. The country prohibits Israelis from entering its territory. Rabat – The Criminal Chamber of the Casablanca Court of First Instance handed out sentences ranging from 2 to 6 years in prison for individuals linked to document forgery and naturalization trafficking of Israelis, on Thursday, December 26.

The network, specialized in the falsification of passports for the Israeli nationals, was headed by two Moroccan women, Jenanat and Boujendar who launched the network on the initiative of Israeli Mimoun Perez.

According to the court confessions of the main defendant, the Israelis needed fake passports to “travel to the United Arab Emirates,” where Israeli passport holders are prohibited from entering the country.

She said that they wanted “to spend more time in Morocco than is allowed to tourists.”

Another defendant said that the main accused demanded MAD 70,000 against each passport issued.

He also said that “the main accused requested a number of official documents to provide to an Israeli accomplice charged with diverting the biometric passport application tracking system set up by the Interior Ministry.”

The case involves elements of the police and officials of the commune of Casablanca who facilitated the proceedings in exchange for large sums of up to MAD 70,000 per passport.

After searching the home of the main accused, the police found 600 falsified passports and 70 naturalization files. 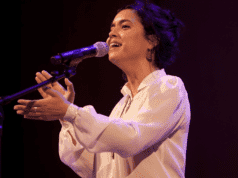