China has witnessed a decline in the number of diagnoses of the virus over the past 10 days.

Rabat – The death toll from the novel coronavirus, now officially known as COVID-19, has risen to 1,523 in China as of Saturday, said China’s National Health Commission. It added that there were 2,641 new confirmed infections on Friday.

Outside mainland China, fatalities reached four with one in Japan, in the Philippines, Hong Kong, and the most recent in France. The total of confirmed infections has now reached 66,492.

An 80-year-old Chinese man died in France on Saturday after a lung infection due to the COVID-19.

Egypt recorded its first Coronavirus case on Friday, becoming the first African country to be hit by the epidemic, and the second in the Middle East after the United Arab Emirates.

The World Health Organization (WHO) said that China is running more than 80 trials to find treatment for the COVID-19.

“There are 82 different trials under way in China right now – everything from traditional medicine all the way through to anti-HIV drugs and that’s in collaboration with the the external scientists and investigators,” said the WHO’s Emergencies Programmes Michael Ryan who was speaking at the Munich Security Conference on Friday.

“Some of these trials will have results in two to three weeks,” he added.

Liang Wannian, a senior official at China’s National Health Commission, speaking in Wuhan (the epicenter of the epidemic and the capital of Hubei province) said that the number of infections has been on the decline for the past 10 days in all provinces except Hubei.

Wuhan will build more field hospitals to admit all the confirmed and suspected cases. The city has already built nine field hospitals with a bed capacity of over 6,900, said the new top health official of Hubei province, Wang hesheng. 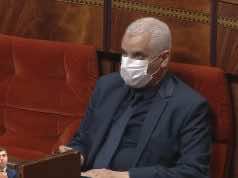