The documentary won the Crystal Bear for Best Short Film and earned a Special Prize of the International Jury.

The short documentary draws parallels between the lives of Le Coeur sur la Patte’s 750 dogs anxiously awaiting adoption and the millions of refugees worldwide who are searching for shelter and security.

“It’s a pretty strong comparison that I’m making, but it is even worse in reality in terms of how they are living now,” Ouardiri said to Telefilm Canada. “It’s in my mind very often. I hope this film can remind people that human beings are living under the worst conditions right now.”

Ouardiri described her “unexpected” win as feeling like a dream within a dream.

The Moroccan film earned a Special Prize of the International Jury in addition to the Berlinale Crystal Bear for Best Short Film.

The Moroccan film offers a “glimpse of a world we’ve never seen before,” the festival’s jury remarked.

The Moroccan filmmaker thanked Michele Augsburger, founder of Le Coeur sur la Patte, for her devotion to the dogs.

The Agadir sanctuary is the largest in Morocco and home to nearly 800 dogs, with Michele herself housing 100 dogs and 200 cats in her own home.

Le Coeur sur la Patte aims to provide the necessary care to street animals, sterilize them to avoid their proliferation, vaccinate them to curb the spread of diseases, find them foster or adoptive families, and build empathy for their suffering. 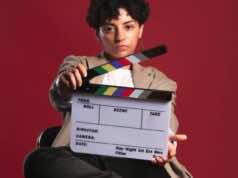