Data from Morocco shows that Moroccan security services seized 1.7 tons of cocaine in 2018.

The 2019 International Narcotics Control Board (INCP) report shows that Moroccan security units are dealing with combating a variety of common drugs. The statistics revealed that the largest cocaine seizure happened on January 19 in Cabo Verde, where authorities intercepted a vessel from Panama carrying  9.5 tons of cocaine.

The Cabo Verde security services also seized an additional 2.2 tons of cocaine from a ship in August 2019.

While larger quantities of cocaine were also seized in Guinea Bissau and Kenya, Morocco is also among the countries where security services made major seizures of cocaine. In Morocco, police seized 1.7 tons of cocaine in 2018 alone.

While other countries topping the list in terms of cocaine and psychotropic pills, Nigeria and Morocco remain one of the countries in Africa with the largest seizure of cannabis and cannabis resin.

According to the report, Morocco reported the seizure of  “nearly 72 tons of cannabis resin, as well as of 252 tons of majoun, a consumable product consisting mostly of cannabis but that can also include other drugs, along with poppy seeds and other foodstuff.”

The report recalled another 2019 operation carried out to seize 600 kilograms of cannabis.

Other drugs, such as methamphetamine are also common in the country. While Nigeria and South Africa only seized a few hundred kilograms each of methamphetamine, Morocco reported the seizure of “more than a million MDMA tables.”

The current statistics are similar to data shared from the INCP  in 2018.

The 2018  report shows that the largest quantities of cannabis were seized in Morocco in 2017.

In 2019, Morocco’s General Directorate of National Security (DGSN) reported that security services seized a total of 179,657 tons of cannabis and its derivatives. 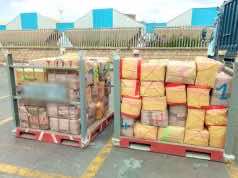 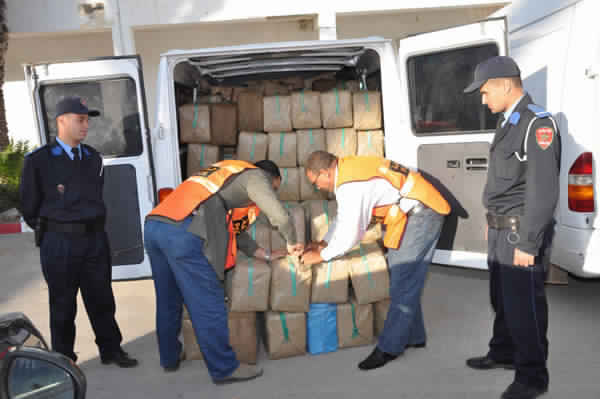