The economy faced a slowdown in February as the number of coronavirus cases exploded: Markets are scrambling to prevent a recession. 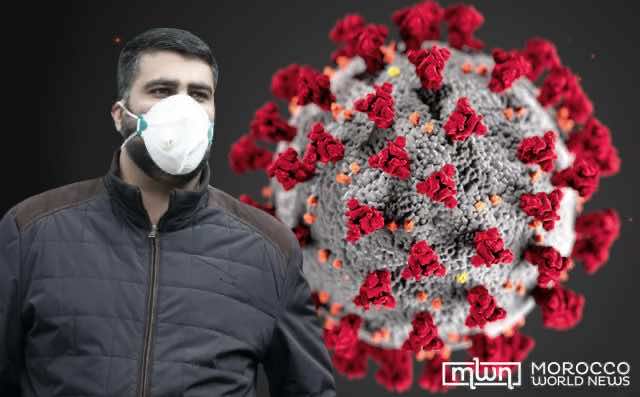 Rabat – The global market is reacting adversely to news of the coronavirus spreading into new regions. Traders are now holding their breath in the wake of an economic downturn producing numbers reminiscent of the 2009 Global Financial Crisis (GFC).

The majority of the damage inflicted on major economies manifested in late February, as China, the US, and the EU took a sizable hit from the suffocation of trade and production brought about by preventative measures in the face of the coronavirus.

In response to the incessant stock price recession, the US Federal Reserve cut interest rates by five basis points on March 3, putting rates in the 1.0-1.5% range, in hopes of stimulating a resurgence in the trade volume.

China took a massive hit early in February as the explosion of coronavirus shut down transportation and industry across the nation. A satellite image circulated by NASA shows a near disappearance in Nitrogen Oxide emission in China’s atmosphere, a normally positive event becoming indicative of a detrimental halt in operations.

The Organisation for Economic Cooperation and Development recorded a dip below 5% in China’s 2020 GDP forecast, a temporary yet impactful occurence in the country that hosts a third of the world’s manufacturing.

The losses sustained through frozen trade economy and travel are symptomatic of deeper, long standing economic issues that predate the coronavirus. The economic onslaught of the coronavirus has exposed vulnerable market conditions that compounded the effects of February’s market panic.

The potential for economic downturn was forecasted by the UN Council for Trade and Development (UNCTAD) following its report that 2019 sustained the slowest rate of economic growth in a decade.

Unresolved Brexit issues and a stagnating economy had put Europe on shaky footing before a pandemic was ever in the picture. The European Union crawled through 2019 with a GDP growth rate hovering around 1.4%, dropping below 2% for the first time since 2014 according to World Bank GDP reports.

China’s vulnerability originated in the 2009 Global Financial Crisis, when the Chinese government used federal bank loans to invest in domestic production, preventing mass unemployment. While this approach succeeded in quelling the effects of the GFC, it left China with an economy largely based on debt and liquid assets.

The more conspicuous element of economic troubles caused by coronavirus is a restriction of movement across borders. Health warnings and travel restrictions from the CDC and WHO have kept many people home; industries that depend on trade and tourism have taken a severe hit as a result.

The World Travel and Tourism Council (WTTC) reported that travel and tourism contributes $9.3 trillion to the global economy. China holds a market share of 21.4% in the global travel industry, so the shock was felt internationally when the explosion of coronavirus in China promptly shut down travel.

Temporary, but How Temporary?

Stock trading surged at the beginning of 2020 in American markets, characterized by a 77% growth in single-stock options.

The “bullish” explosion of highly mobile, low-level trading made mass withdrawals from the stock market a swift process when news of a pandemic circulated in February.

A recovery from the economic lows of February may be slow-coming, but an upturn is on the horizon if past financial crises offer any indicators.

Case in point, Dow Jones market data recorded a 20.76% benchmark increase on Wall Street in the 12 months after the first recorded case of Severe Acute Respiratory Syndrome (SARS) appeared in 2002.

The brash tendency of investors is to avoid trading when signs of recession are looming, and coronavirus panic unequivocally upheld that fact. Given signs that the virus is rapidly receding on the world stage, investors will eventually, even if hesitantly, make their way back to the trading floor.

The tourism and transportation industries’ recovery will also boost the global economy, given that they produce more than 10% of the world’s GDP.

The stagnation in the markets of the EU, as well as developing countries, is working against economic recovery from the events of February, according to the Organisation for Economic Cooperation and Development’s (OECD) latest forecast for 2020. Its projection for world GDP growth in 2020 has dropped to 2.4% from its November rating of 2.9%.

Slashed Federal interest rates in major economies like the US and EU signal worry for market analysts who predict troubles with falling loan profits, but time will likely see increased market activity level out asset values.

The most consistent contributor to sustainable economic growth is in infrastructure and other permanent GDP producers. China knew this when it utilized bank loans to boost its industrial production and create jobs for its citizens during the 2009 GFC.

The nations and regions, such as the EU, more endangered by the economic downturn caused by coronavirus are those already struggling to stimulate growth in their economies, facing the dilemma that China was forced to address in 2009.

If the global effects of downward market trends are to be completely mitigated, stimulating production in said nations through trade and infrastructure development will offer a lasting solution. That will take the cooperation of trading giants like China and the US if the effects are not to be felt internationally.

The EU, as an example, can overcome bleak forecasts for its growth if it can resolve lingering issues such as Brexit trade, increase cooperation with trade partners, and circulate funds into its infrastructure.

While no economic strategy offers a guarantee of success, it is more than likely based on the evidence that a resurgence in the global economy will come quickly with the passing of the coronavirus epidemic.