Local authorities around the country are making efforts to improve their quality control and clamp down on dishonest merchants.

Rabat – The provincial control committee of Casablanca and the services of the Hay Hassani district in Morocco’s economic capital seized large quantities of food unfit for consumption on Monday, March 16.

The authorities seized 211 kilograms of red meat from illegal slaughterhouses and 100 kilograms of rotten fermented butter (smen), along with other spoiled food, from the Assaada Ould Mina market in southwestern Casablanca.

Sellers at the market stored the expired products under inappropriate conditions, according to a statement from local authorities.

The operation is part of the provincial control committee’s supervision of market supply and distribution channels, as well as to control the prices and the quality of the products displayed for sale.

The committee has taken firm measures against infringing merchants who “do not hesitate to exploit the slightest opportunity to sell products endangering public health,” said the statement.

After the detection of several networks specialized in selling spoiled food, Morocco has doubled its efforts to monitor and control the quality of food products in recent years.

One of the latest scandals dates back to the end of 2018, when the Royal Gendarmerie in the region of Mohammedia, near Casablanca, dismantled a network of seven individuals selling meat from dogs and diseased cows.

Upon further investigation, police found cow heads in public waste containers and videos of the culprits trying to bribe gendarmerie officers to keep silent about their activities.

In December 2018, the Mohammedia court sentenced the suspects to 10 years in prison. 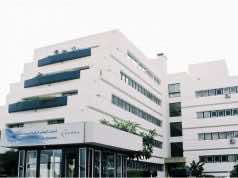