The announcement prompted international speculation that the situation in the US is worse than the White House has reported.

Essaouira – US Secretary of State Mike Pompeo told American citizens abroad to return home “immediately” at a press conference on Tuesday, March 31, in light of the COIVID-19 pandemic.

Pompeo told US citizens it is likely that both government and commercial flights will stop soon as part of the efforts to stop the spread of the virus.

The top diplomat urged citizens to act now, warning that the US government may not be able to organize repatriation flights for stranded US passport holders as more and more countries suspend air travel and close ports and land borders in an effort to curb the pandemic’s reach.

At the same press conference, Pompeo refused to comment on the COVID-19 situation in China. He said it is up to US government experts to confirm the veracity of the Chinese government’s reports on the development of the virus.

Pompeo confirmed, however, that US experts have been monitoring and evaluating the situation in China closely.

Pompeo’s announcement comes after the White House warned the death toll from the virus in the US could reach 240,000. President Donald Trump told the country to expect “a very, very painful two weeks.”

On March 30, the number of patients to die after contracting the virus in the US exceeded 4,076.

The US embassy in Morocco updated the travel advice on their website on March 19 after the Moroccan government announced a state of emergency. The US State Department advised citizens to “avoid all international travel due to the global impact of COVID-19.”

The embassy update assured US citizens that the American Citizen Services office has compiled a list of US citizens in Morocco who were unable to return to the US after Morocco suspended air travel and closed its airspace.

US citizens can contact the office at ACSCasablanca@state.gov for assistance and advice. The update added that the consular service is only available for emergency services at this time. 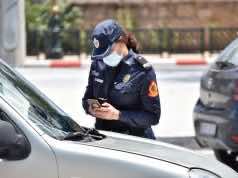 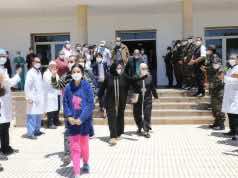