It was impossible for Muslims to transfer their loved ones’ remains to their home countries due to travel restrictions.

Rabat – The Moroccan Ambassador to Italy Youssef Bella announced yesterday the creation of 16 new cemeteries for Muslims who died from COVID-19 in Italy.

The creation of these burial spaces is the fruition of collaboration between the Moroccan embassy in Rome and the general consulates across Italy with Moroccan and Italian NGOs, this Bella told Maghreb Arab Press (MAP).

The 16 new Muslim burial spaces add to the 48 which existed prior to the COVID-19 outbreak, bringing the total number of Muslim cemeteries in the European country to 64.

The new cemeteries are located in the regions of Emilia-Romagna, Marche, Lombardy, Campania, Sicily, Abruzzo, Sardinia, Piedmont, Veneto, and Alto-Adige.

This measure allows Italy’s Muslim community to bury their deceased family members in a religiously appropriate manner, after pandemic travel restrictions made it impossible for Muslim families to repatriate loved ones’ remains to their home countries, the ambassador added.

The Moroccan diplomat added that residents of the province of Lombardy can now bury their deceased in the cemetery of Milan, while the cemetery of Rome for Muslims receives COVID-19 victims from the whole country.

Bella emphasized on the engagement of Italian authorities in helping to croueate Muslim cemeteries. According to Bella, this reflects the esteem and respect that the Muslim community enjoys with Italians, as well as their integration into their local environment.

Meanwhile in neighboring France, the French Council of the Muslim Faith (CFCM) has submitted two official requests to the country’s authorities to make available burial spaces for Muslims who died from COVID-19 in the country.

The CFCM, as an elected body, is the highest public representative of Islam in France.

Without a solution on offer, CFCM President Mohamed Moussaoui said that Muslim families are living amid anxiety, worry, misunderstanding, and regret.

“Today we are facing a serious crisis which calls for urgent intervention by the public authorities,” Moussaoui added.

In the press release titled “Let’s not add to the pain of the families suffering from the inability to honor their deceased,” the CFCM urged bereaved families who face difficulties finding burial places to immediately approach the Regional Council of the CFCM via its platform at 01 45 23 81 39.

Morocco’s Ministry of Foreign Affairs, African Cooperation, and Moroccans Residing Abroad (MREs) announced on April 3 its decision to cover the funeral costs of low-income MREs and of those who do not have Islamic funeral insurance.

The diplomatic move follows the prohibition of international travel to and from Morocco, leaving MREs who die abroad without customary funeral services and burial ceremonies in their home country.

“This new measure aims to adapt the mechanism for the repatriation of remains to current conditions, with the aim of providing all the support to the MRE and their families during this particular conjuncture, which requires that everyone demonstrates the spirit of citizenship, responsibility, solidarity, and understanding,” the ministry explained in a statement.

In a similar initiative, the Consulate General of Morocco in New York City expressed solidarity with Moroccan expatriates living in the US amid the pandemic. The consulate announced in an April 6 statement that it will cover funeral costs for low-income members of the Moroccan diaspora who die from COVID-19.

The Moroccan consulate added that it will also cover the cost of funerals for expatriates who do not have insurance in the US. 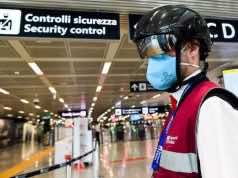 Italy Imposes 15-Day Isolation for Travelers from Outside Schengen Area