The doctors warned against the “massive and reckless” deployment of wireless technologies during the difficult times the world lives in due to COVID-19.

Rabat – Belgian doctors and health professionals have signed an opinion piece warning against wireless technologies during the pandemic, putting a special emphasis on 5G.

“Faced with the  massive and reckless use of wireless technologies, we health professionals ask the government to apply precautionary measures to protect the population and more particularly the most vulnerable groups, including pregnant women and children.”

The 434 doctors and 900 health professionals who signed the opinion referenced how Belgian telecommunication operator Proximus launched 5G in 30 municipalities around Brussels amid the fight against COVID-19.

“This seems indecent to us at a time when the Belgians must fight together to try to overcome the human drama which concerns us all,” the opinion piece reads.

The document also complained about organizations publishing articles to defend 5G technology and claim it is not dangerous.

Numerous conspiracy theories have linked the spread of COVID-19 to 5G, causing experts to assert radio frequencies do not transmit viruses. The Belgian doctors are not arguing radio frequencies can spread the virus but that 5G carries other health risks.

The health professionals lamented that Belgium did not follow the “precautionary principle” and delay implementing new technology until proven safe.

“The widespread deployment of wireless technologies has had known health risks for several decades,” the opinion stated.

The doctors explained that multiple studies, including epidemiological studies, and studies on cells and animals “confirm non-thermal biological effects induced by exposure to electromagnetic RF/MO radiation emitted by wireless technologies.”

The effects include DNA damage or ruptures, disturbances in protein synthesis, hormone disorders, and sperm alterations.

Will it cause cancer?

The health professionals noted “some scientists” believe high carrier frequencies, such as 5G, could increase skin cancer and eye damage.

Concerns surrounding 5G and health risks come from the fact it relies on signals carried through radio waves.

A BBC report on potential health risks related to 5G’s higher frequency waves quoted the World Health Organization’s 2014 finding that “no adverse health effects have been established as being caused by mobile phone use.”

In the absence of certainty, the WHO and the International Agency for Research on Cancer (IARC) jointly classified radio frequency radiation as “possibly carcinogenic.”

Radio frequency radiation comes from many devices in use throughout the world, including mobiles and televisions. Even sunlight is a source of electromagnetic radiation.

In addition to the WHO and IARC, a report from the US Department of Health in 2018 stipulated that male rats exposed to high doses of radiofrequency radiation could develop a type of cancerous tumor in the heart.

The study, however, found no connection between cancer and exposure in female rats and mice. 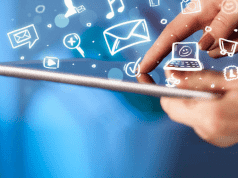