“Their contributions highlight the fact that cultural players are a much-needed part of the solution.”

Rabat – African artists and creatives are taking to social media with the hashtag #DontGoViral, a creative campaign UNESCO and Innovation for Policy Foundation (i4Policy) launched in an effort to crowdsource culturally relevant information about COVID-19.

The Ugandan musician and legislator is just one of many artists addressing the need for culturally relevant and accurate information about how communities across Africa can help prevent the spread of the novel coronavirus and related misinformation.

“The success of the DontGoViral campaign underlines the resilience and creativity of women and men on the African Continent to harness the power of cultural diversity to effectively combat the infodemic that is proving to be just as viral as the pandemic itself,” said Audrey Azoulay, the UNESCO director-general.

“Their contributions highlight the fact that cultural players are a much-needed part of the solution,” Azoulay adds.

UNESCO has also partnered with the UN Refugee Agency (UNHCR) to support the effort in Niger through the Raised Fists Collective. The collaboration resulted in a rap including lyrics in  Djerma, Haoussa, Tamashek, and French, with hopes of reaching the diverse cultural and linguistic regions of Niger.

The rap video stars a number of refugees who are currently producing soap for vulnerable communities throughout Niger, a country currently hosting over 500,000 displaced persons.

Other contributions include songs in prayer, videos sharing information in Sudanese Sign Language for the deaf community, dance videos, and visual art. 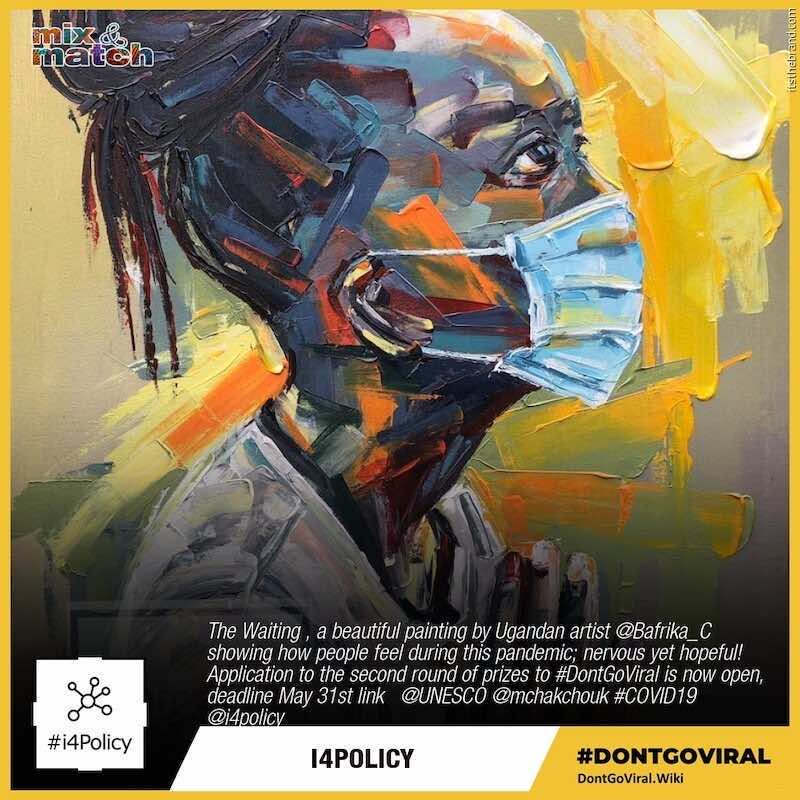 The campaign, which began April 1 has received contributions from over 40 countries and reached more than 90 million social media users in the past week alone.

UNESCO and i4Policy invite contributors to submit whatever kinds of content communities need most and to share it on social media using the hashtag #DontGoViral.