The Casablanca and Jorf ports receive most of the imports.

Rabat – The National Ports Agency (ANP) has announced that Morocco’s cereals imports in 2020 reached a total of 3.5 million tons as of April 30.

In a statement quoted by Moroccan television channel 2M, the agency said supplying the market with cereals has occurred under the “best conditions, thanks to the practical measures” to facilitate port activities.

Morocco’s imports of cereals, such as wheat, increased 38% over the same period last year.

The statement acknowledged that  the drought which hit this year’s agricultural season and the state of emergency due to COVID-19 directly affected the flow of cereals imports through commercial ports.

Despite the difficult circumstances, import activities at ports reached an exceptional level in terms of the quantity of imports and the number of ships carrying the goods, the statement explained.

The National Ports Agency said its staff increased their efforts and vigilance to deal effectively with the “exceptional situation.”

The port of Casablanca and the port of Jorf handled the highest traffic in Morocco: 54% and 22% of cereals imports arrived at the ports, respectively.

Earlier this month, ANP said the first four months of 2020 were marked by an unprecedented import in volume of grains.

Morocco imported 3.4 million tons of grains and cereals, approximately 36% more than during the same period in 2019, ANP said.

In April, the Ministry of Agriculture forecast a significant decrease of local cereal production due to lack of rainfall.

The ministry estimates the production of Morocco’s three main cereals (common wheat, durum, wheat and barley) at 30 million quintals for the 2019-2020 season.

The number represents a 42% decrease compared to the previous season. 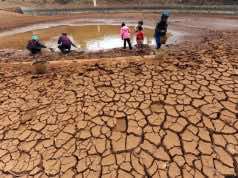