“One of the primary points of the hate speech targets [Adam Mohamed] as a gay activist,” said the NGO.

The joint press release gathers the support of several LGBT organizations from Tunisia and Morocco and condemns “the incitement, the smear” and “denial” that Mohamed faced following his allegations of harassment and sexual assault against Raissouni.

“One of the primary points of the hate speech targets [Adam Mohamed] as a gay activist,” said the NGO.

Moroccan police arrested Raissouni on May 22 on “violent indecent assault” charges, after Mohamed claimed the journalist sexually assaulted him in 2018.

The alleged victim claims that he avoided talking about the incident at first because he “feared” criticism and repercussions of Morocco’s stance on same sex-relations.

“We, the undersigned organizations and groups, express our unconditional support for the Moroccan LGBT activist Mohamed Adam,” said the press release.

Describing Adam as a “victim and a survivor,” Mawjoudin demands a fair trial and  professional and ethical media treatment of the case in order to “preserve the safety and dignity of the complainant.”

The case stirred debate among the LGBT community in Morocco and their allies, public figures, journalists, and other activists.

The debate grew after lawyer Abdelmoula El Mouri called for the arrest of Mohamed for “bragging” about his LGBT identity, prompting the LGBT group to issue a statement that MWN received. The statement criticizes Article 489 of Morocco’s penal code, which stipulates same-sex relations are illegal, and calls on authorities to abolish it.

“This is not a political issue that affects the freedom of the press as much as it is the case of a victim who was sexually assaulted,” the statement explains, calling on authorities to prosecute the “aggressor” if the charges against him are proven.

A week after Raissouni’s arrest, the National Union of the Moroccan Press issued a press release calling for a “careful investigation.” The journalist will appear in court on June 11.

“The union was keen to wait on its position on the detention until it has enough data” to form a “comprehensive and complete opinion on the case,” the press union’s statement received by Morocco World News said. 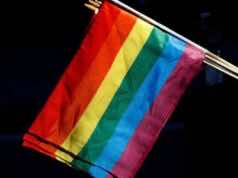