The previously-stranded Moroccans returned to Morocco on board an airplane operated by Royal Air Maroc. The flight departed from Paris Orly Airport and landed at Marrakech Menara Airport.

The repatriated nationals had spent more than three and a half months in France due to Morocco’s border closure on March 15 to prevent a major COVID-19 outbreak.

The Moroccan Consulate in Paris made the list of passengers who benefited from repatriation based on “humanitarian criteria” and prioritized people in vulnerable situations. The majority of the repatriated citizens are elderly or suffer from chronic illnesses.

The operation followed a strict health protocol to avoid potential COVID-19 infections, with passengers wearing face masks and maintaining safe distances from each other.

After their arrival, the repatriated citizens were transported to hotels and tourist resorts in Marrakech where they are set to undergo a quarantine period with regular health monitoring and screening tests for COVID-19.

The flight is the most recent in a series of airplane trips that brought more than 1,000 Moroccans stranded in France home. The repatriation of Moroccans stuck in the hexagon began on June 22, with a dozen flights operating from Paris, Marseille, Lyon, and Bordeaux.

Morocco is currently in the third phase of its repatriation strategy. During this phase, which began on June 21, repatriation operations are set to reach their maximal frequency, bringing home 5,000 to 6,000 Moroccans stranded abroad every week.

This week, between June 28 and July 4, the repatriation process is set to benefit Moroccans stranded in Germany, Egypt, Turkey, and the Gulf countries, among others. 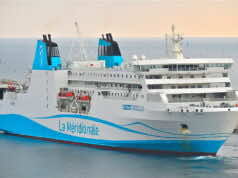