The decision comes as the country continues to face a relatively high pandemic-exacerbated unemployment rate, which stood at 10.5% as of May.

Rabat – Head of Government Saad Eddine El Othmani has announced a public sector hiring freeze for next year, calling on ministries not to create work positions in 2021.

The decision, however, excludes three departments: The interior, health, and education ministries.

El Othmani announced the decision on Wednesday, July 1, citing the economic consequences of the coronavirus pandemic and its repercussions on public finances.

He said the consequences necessitated a revision of the budget for this fiscal year, giving priority to funding socio-economic sectors.

El Othmani also cited the provisions of article 47 of an organic law relating to a budgetary finance law. He called on all ministries to update their budgetary programming for the years 2021-2023 in accordance with the policy of rationalization of expenditures prompted by the pandemic’s consequences.

On March 25, the head of government announced that all promotions and recruitment contests under this year’s state budgets are suspended due to the COVID-19 crisis, with certain exceptions such as for officials in charge of national security and health professionals.

El Othmani believes the “exceptional” measure would allow the government to direct the financial resources initially reserved for promotions and recruitment to high-priority investments in the national fight against COVID-19.

The decision of the government could result in an increase of unemployment, whose rate in the country was up to 10.5% in the first quarter of 2020 compared to 9.1% during the same period in the previous year. 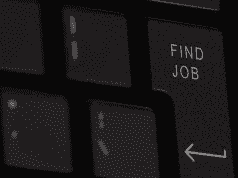