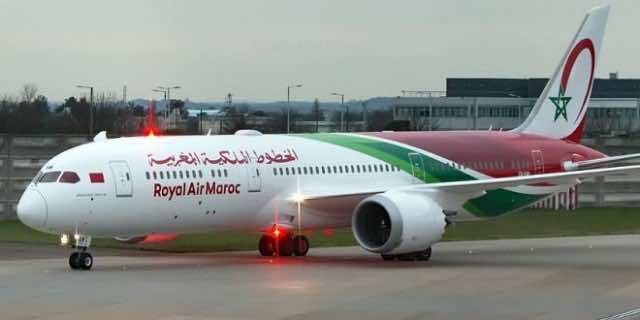 Rabat – Royal Air Maroc (RAM) announced Thursday the “improved” conditions of its voluntary redundancy plan as the Moroccan flag carrier — facing a long road to financial recovery after three months of suspended activities — prepares to lay off 30% of its global workforce.

The airline decided on July 2 to cut 858 jobs, sell 20 of its 59 aircraft, and close several agencies. The initial layoff strategy also included a voluntary redundancy plan for employees aged above 57 years with 15 years of seniority.

One week later, the company revealed the details of the revised financial incentives to encourage employees to voluntarily resign.

“Our negotiations have resulted in the improvement of the conditions initially proposed by the TOP Management,” said a news bulletin from the union office of the National Federation of Air Transport on July 9.

The updated voluntary redundancy plan will benefit employees aged 56 and older rather than 57 and older, as initially proposed.

Royal Air Maroc will give employees who voluntarily resign an end-of-career bonus equivalent to five months’ salary, with the limit set at MAD 100,000 ($10,389.36). An employee’s bonus is not affected by the number of years remaining before their retirement.

The end-of-career bonus calculation will include the portion of the salary that usually goes to RECORE, a Moroccan pension fund.

The flag carrier will pay the monthly fees of medical insurance for its laid-off employees for the remaining years before retirement. The coverage includes both the part usually paid by the employee and the part paid by the company.

The Moroccan Labor Union (UMT) said the conditions came in response to their opposition to the prospect of a forced departure of airline staff.

“We had expressed … our opposition to any economic dismissal, forced or targeted departure for all staff. Regarding the proposed voluntary departure plan, we asked TOP Management to make improvements to allow potentially interested parties to do so in conditions preserving their social rights and purchasing power,” said the UMT.

RAM fleets have been grounded without activity since mid-March, with the exception of cargo planes and those used in repatriation operations.

The airline reported losing $109.1 million per month since the start of the state of emergency on March 20. Minister of Tourism Nadia Fettah El Alaoui indicated during a House of Representatives meeting on June 8 that RAM was developing a recovery plan that accounts for International Air Transport Association (IATA) forecasts.

With the sheer drop in global tourism, Royal Air Maroc is forecast to lose 20% of its air traffic in 2020. IATA predicts that the sustainable resumption of normal air traffic activities will not occur until 2023 or even 2025.

In light of these dismal prospects, the Moroccan flag carrier is set to dismiss one-third of its pilots, 30% of cabin crew members, and approximately 13% of ground personnel; and liquidate four Embraers, four Dreamliner 787s, and a dozen B737s.