Morocco’s leading bank Attijariwafa Bank received the prestigious “Stp Award” of 2019, and the team behind the bank’s operations is proud of the quality of services they provide.

Commerzbank AG presents the “Stp Award” to banks that have demonstrated a remarkable quality of services in delivering commercial payments and international financial transfers.

Sanaa Drissi-Alami, a group trade manager at Attijariwafa Bank, said that “the award recognizes the quality of service of our international transaction processing processes, respect of compliance rules and pays tribute to our teams.”

Headquartered in Casablanca, Morocco, Attijariwafa Bank is one of the leading banks in the country and was ranked the seventh-largest in Africa in 2019. It was established as part of King Mohammed Vl’s holding company Societe Nationale d’Investissement (SNI), which currently owns 47.77% of the bank’s shares.

The bank’s assets reached a total of MAD 532.6 billion ($55 billion) in 2019, and the net profit attributable to shareholders reached nearly $600 million. Representatives of the Attijariwafa Bank reported in February 2020 that the bank’s operating income increased by 7.3% in the same year, amounting to MAD 10.7 billion ($1.11 billion).

Attijariwafa Bank’s subsidiary offshore bank AIB was founded in 1994 in Tangier. AIB is now Morocco’s leader in offshore banking and has become a reputable institution with a significant network of strategic partnerships with international and supranational financial institutions.

The bank does not limit its operations to Morocco. Attijariwafa Bank holds offices in several countries such as China, Belgium, Spain, France, Italy, the Netherlands, Ghana, Mali, Tunisia, and Senegal.

“We express our sincere thanks to Commerzbank for awarding this prestigious award. This is a pride for our teams and our group. It is also a guarantee of trust, the foundation of the relationship with our customers and partners,” said Mohamed Benjelloun, AIB’s managing director.

According to Benjelloun, “the award is also a challenge in the sense that it encourages innovation and the continuous improvement of the quality of service while respecting the increasingly stringent compliance rules imposed by international banking correspondents.” 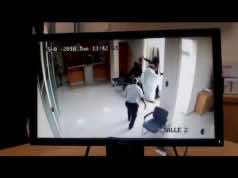